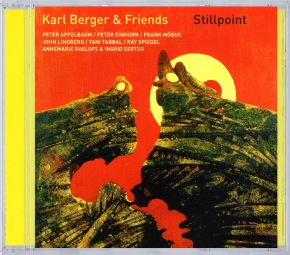 Finally, you feel like saying, after years of involvement with numerous projects of other musicians (especially arrangements for Bootsy Collins and Angélique Kidjo and others, but also intensive collaboration with Bill Laswell), an album by the vibraphonist and pianist, who is one of the few jazz musicians from Germany with a long-standing international reputation. Karl Berger, who lives today in Woodstock/USA, has already played with all those, who haven’t given jazz any breathers, but instead have always pushed it forward innovatively, from Don Cherry (who enticed him across the ocean) to Ornette Coleman (with whom he founded the „Creative Music Studio“ in 1971) to John McLaughlin, Pharoah Sanders, Dave Holland and many, many others. But - see above – he does not fear contact with other music styles and crosses all artificially created barriers with gusto. Berger gathered hand-picked musicians for the album recorded during several studio sessions in Germany and the USA, who could support and implement the basic concept of „Stillpoint“. „I am now more interested in leaving out that which is not absolutely necessary. Listeners must be able to contribute their own part. Then the songs sound different each time.“