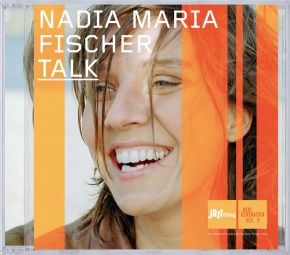 Sometimes it is good when projects have time to mature. The singer born in Cologne in 1964 is only releasing her debut album now, although she can already look back on numerous experiences, including ones dealing with music: studies at Cologne Music College and already more than 10 years of various teaching jobs (currently at Dresden Music College for Jazz/Rock/Pop Singing and Performance). In addition, she has repeatedly worked as composer and arranger as well as singer in very different bands.
Now her first solo CD is appearing, with which she provide insights into the different states of the human soul, almost a revelation of personality with all its facets cast in musical notes. Sometimes very reflective, sometimes with a wink of the eye, sometimes with unrestrained joy and then with raw, naked emotions again, practically inviting listeners to share them personally. Regardless of whether in her own compositions or adaptations such as Steve Winwood's "Can't Find My Way Home", Abbey Lincoln's "Throw It Away" or "Feeling Good" - the song that has recently been made popular again by Michael BublŽ - Nadia makes the material her own and polishes and refines it.
Her voice is accompanied by two instruments, which show it to its best advantage: the frequent deep, flattering tones from the double-bass of Dietmar Fuhr - who himself is one of those most in demand in his art in Germany - and the at times romantic, at times playful-hopping riffs of the guitarist Norbert Scholly.