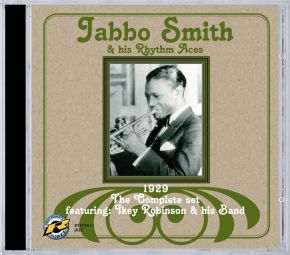 A comet who streaked across the jazz world's horizon briefly before falling into oblivion, trumpeter / vocalist Jabbo smith was regarded by many as equal (and by some as superior) to Louis Armstrong, on whose stet his playing and singing was firmly based. In 1929 Brunswick records decided to build him up as a rival to Okeh's Louis and the complete results are displayed on this CD. He was certainly a technically accomplished, spectacular and exciting player and it is tantalising to wonder how he might have developed had problems caused by his own somewhat feckless personality not put a premature end to his bid for the big time. In the meantime one can still enjoy these splendid sides, in matchingly splendid John R.T. Davies restorations.