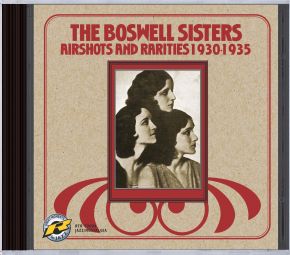 Early radio broadcasts, never before released on record, plus some rare commercial recordings (e.g."Sleep, come on and take me", unreleased on 78rpm.;"Darktown Strutters Ball", only issued in Australia).
We have put one of our most successful early Retrieval issues into smart new packaging, but the music remains the same: Classic!
Martha, Connie & Vet, the three musical sisters from New Orleans who revolutionised close harmony singing and more or less invented it as a form of jazz..