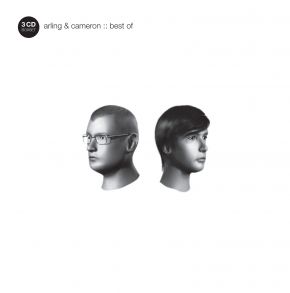 Since the midnineties, Arling and Cameron have produced a long line of unique and original numbers that have impressed worldwide, like “Tap-moi-la!” with dj Eddy de Clercq and “W.E.E.K.E.N.D”. When we were in Mexico at the end of the decade for a visit to Esquivel, the local record-label owner went on and on about the number “Voulez-vous?”, and how good it was. It’s a number that will never go away and over the coming decades will remain on the internet forever. It’s a number that represents Arling and Cameron perfectly, loose and professional, clear and serious, open-minded but bullishly stubborn. This A&C spirit can now be found in a long series of unique and original songs and instrumental tracks that belong to the best and most imaginative pop music made in the Netherlands. 21st Century world music.

This compilation is a musical box of delights, full of vivid, colorful butterflies. It’s a treasure-trove of glittering gems, some of which will be rediscovered in coming decades by eccentric music lovers all over the world.