The code is valid one time and valid for a 10 days after receiving the promotioncode. Your emailaddress will only be used by Challenge Records International and will not be given to 3rd party advertisers. If you have any questions please contact us.
TITEL CD is added to your cart.
12 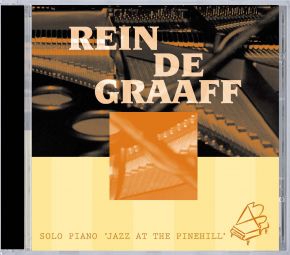 Solo Piano 'Jazz At The Pinehill'

Rein De Graaff
Rein de Graaff (1942) is one of the few European pianists for whom playing jazz is not a craft but an emotional necessity. He feels the typical tempos that give his colleagues so much difficulty and he speaks the musical language of the many American musicians with whom he has toured both in- and outside The Netherlands over the years. And the pleasure they gained from it was mutual. He has been playing music of a high standard for some decades. In the bebop field – a style he has made entirely his own – he has his own tale to tell. In doing so he has won a place for himself not only in the Netherlands but also throughout Europe. Rein de Graaff seeks out all the possibilities for the piano, with an approach more like that of a horn player – and in fact, his own playing keeps more or less within the range of the tenor sax. All his lines are smoothly and effortlessly rounded off. He colours his chords with subtle variations in touch and it's not just his fellow musicians who appreciate his excellent time keeping. His solos are notable for their highly rhythmic intensity. He absolutely is an incorruptible pianist with an individual approach.