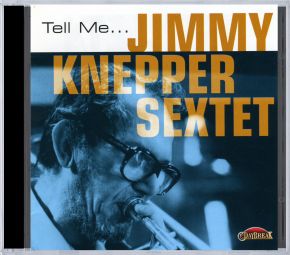 This CD is a reissue of Daybreak's first LP release from 1979. Jimmy Knepper is one of the all-time greats of the jazz trombone. His style of playing is reminiscent of earlier giants such as Dicky Wells or Vic Dickenson, rather than later figures like bebopper J.J. Johnson. Knepper became well known mainly because of his work in several Charles Mingus formations. For this production Knepper played with five Dutch musicians: pianist Floris Nico Bunink, whom he'd met in Mingus's band, drummer John Engels, who'd also played with Knepper before, trumpeter Eddie Engels, saxophonist Dick Vennik and bassist Harry Emmery. On first issue, Down Beat characterized this and Von Freeman's release as "an auspicious start for the new Daybreak label."