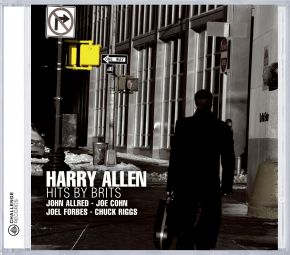 This album is perhaps Harry Allen's best yet and teams him with some other young Americans: bassist Joel Forbes, guitarist Joe Cohn, son of Al, drummer Chuck Riggs, and on four cuts, trombonist John Allred, whose father Bill is a known virtuoso on the same instrument. They perform a fine collection of tunes from the era of the great British Swing Bands by Ray Noble and others.