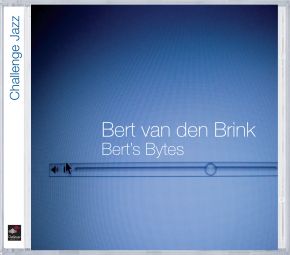 In 2002 Bert van den Brink started putting small piano fragments on his website. Initiallly with an educational purpose: to take a certain musical idea, explain it a bit and then improvise on it. The positive feedback led to a regular output of these musical miniatures, experiments, thoughts, studies in colour, in short the creation of 'some nice and interesting music', improvising around certain standards as well as his own compositions, finally resulting in a weekly production of a new 'Byte'. Instead of just putting a collection of these on cd, Bert preferred to to go into a good studio, and recreate on a great instrument in one or two days of concentrated work these 'Bytes' in a more coherent way in an intimate and direct recording. This took place on the 11th and 12th of September 2006 on a Fazioli grand piano, loved by Bert for its distinct character. A choice was made from various takes, but within no editing was done.