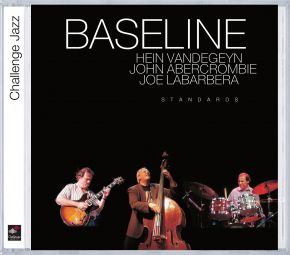 After our first CD ("Why Really" CHR70002) which contained only original compositions, it seemed logical to me to release an album with standards. Standards, with their logical forms, logical harmonic structures and their timeless melodies, are a great vehicle for any group to rise above the material and be free to find a maximum of interaction. The material is so self explanatory that it is there even if it is not played at all. On top of these tunes which are present in everyone's inner ear (this being the players as well a the listeners) we are able to build anything that comes to musical mind. We recorded this material in as much time as it takes you to listen to it. There were no rehearsals, there was no mixing or fixing; there were just three guys in the studio having fun, listening to each other, being inspired by each other and giving you a bit of the music they love so much.
(from the liner notes by Hein van de Geyn)