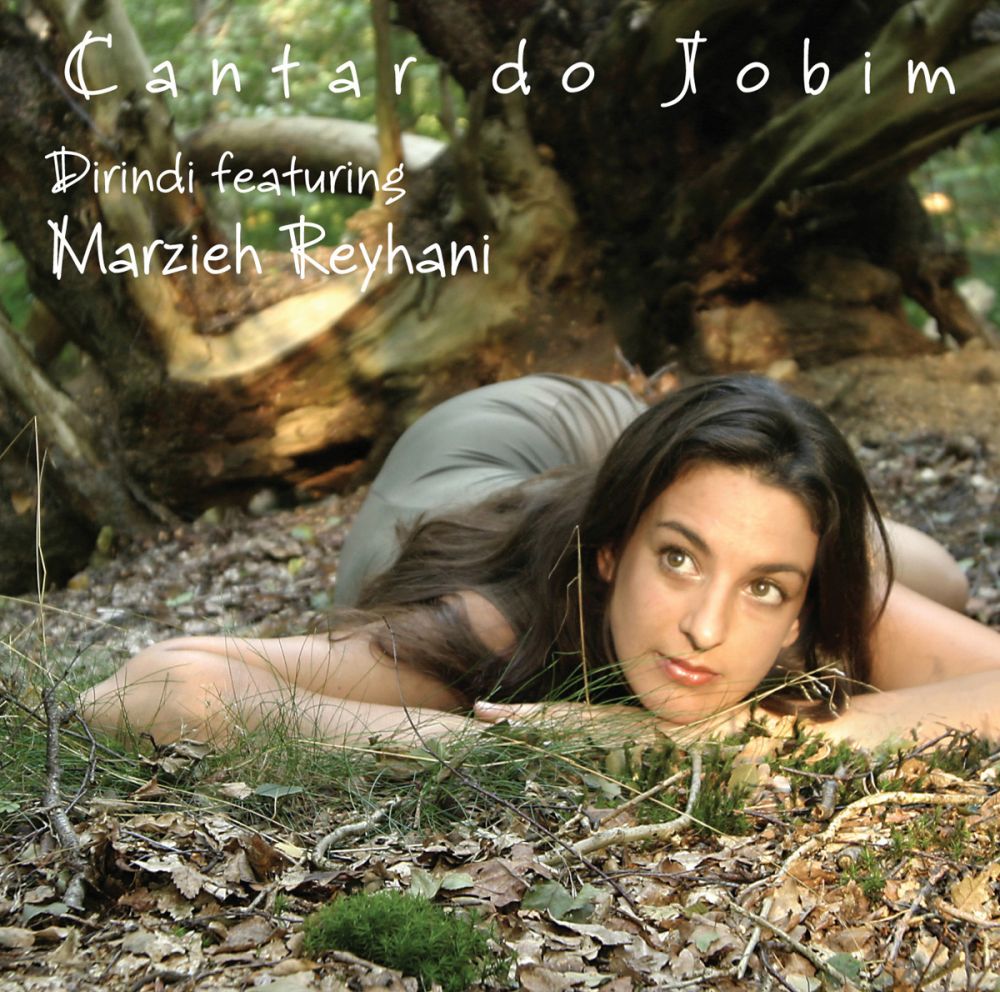 Antônio Carlos Brasileiro de Almeida (“Tom”) Jobim (Rio de Janeiro,1927-New York,1994) was a Bazilian composer / singer/guitarist/pianist who wrote many songs with lyrics by poet/diplomat Vinicius de Moraes. In 1963 the Getz/Gilberto hits “Desafinado” and “The Girl from Ipanema” brought him definite worldwide fame as the father of the Bossa Nova.
This is the first album of the group ‘Dirindi’ with lady singer Marzieh Reyhani, recorded in June, 2004. As the title suggests, it is an exclusive tribute to Jobim, commemorating the 10th anniversary of his death. This album contains songs that are at least as beautiful as his biggest hits. The band is named after a small forest located in one of the states of Rio, Poço Fundo, where Jobim used to come as a child. He liked the sound of the word Dirindi. Later he based the title of his song Dindi upon it.