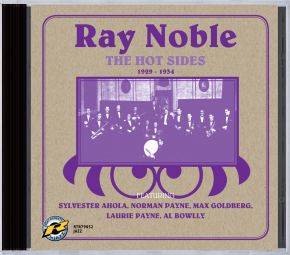 A fundamental aspect in the development of jazz and dance bands in the 1920s and 1930s was the scoring - or “arranging” - of the music they played. In the very early days, before the 1920s, when small Dixieland-style bands were in vogue, band members typically relied on so-called “head arrangements” which were - as the name suggests - not committed to paper. While the polyphonic interweaving of several melodic lines by the musicians in such outfits - epitomised by The Original Dixieland Jazz Band - often displayed a high degree of musical empathy, such methods did not lend themselves to scoring on a larger scale. The larger dance bands that came to prominence in the early 1920s required standard written scores, and so a whole new industry developed in which “stock” arrangements scored by arrangers employed by publishing companies were used by bands across the USA and further afield.

The top jazz and dance bands, however, often employed musicians who were talented enough to write special arrangements for the band, or might even use their own dedicated arranger. In the latter half of the 1920s, arrangers such as Bill Challis (with Paul Whiteman) and Don Redman (with Fletcher Henderson) were turning out charts that were highly sophisticated and which would appeal to the listener as well as to the dancer. The growth in audiences who wanted to listen to dance music rather than just simply dance to it was partly as a consequence of the rapidly developing mediums of radio and gramophone recordings. The relationship between these two industries was highly symbiotic - “listeners in” often bought the latest hits they had heard played by their favourite dance bands or singers on air and the market for such recordings grew exponentially throughout the 1920s as a result.

In Britain, the market for popular music was burgeoning too. The Gramophone Company, like its sister company Victor in the USA, recognised this and so in late 1927 set about reviving its “house” recording band in order to satisfy the needs of this growing miscellany of potential customers. As the original HMV house orchestra had been called the Mayfair Orchestra (1911-1922), the revised version was simply, if rather unimaginatively, named the New Mayfair Dance Orchestra. The first session, in January 1928, was directed by the well-known bandleader Percival Mackey (who would, ironically, succeed Noble as director of light and dance music at HMV in 1934). Subsequent sessions throughout 1928 and up to July 1929 were under the direction of Carroll Gibbons, a shy, unassuming bespectacled American who, since arriving in England in 1924, had worked almost exclusively as a pianist in the Savoy Orpheans, becoming its leader in 1927. Gibbons was also an excellent arranger. As director of light and dance music at HMV, he produced recordings that were always tasteful and which satisfied the demands of the record buying public, whose predilections were extremely wide ranging. In mid-1929, however, Gibbons suddenly decided to return to the USA (only very briefly, as it turned out), and HMV announced that his successor would, at Gibbons’ recommendation, be Ray Noble. Although admittedly without the long-term experience of his predecessor, Noble had already created quite a stir in the dance band profession as an arranger.

Ray Noble disc has no tracklist