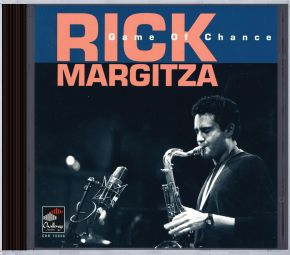 Rick Margitza’s second release on Challenge follows the success of his first album, “Hands of Time” (CHR70021), which has become one of our bestsellers. John Ephland, editor of Down Beat, writes the following about the former Miles Davis sideman :
“Despite the fact that he’s been around since the late ‘80s, Margitza can still be thought of as young, fresh and developing. That’s unless you consider his sound. As a reed player specializing on tenor saxophone, his unique blend [recalling such important tenor players as Stan Getz, Joe Henderson and Michael Brecker, with strong ties to Wayne Shorter and Dave Liebman on soprano] creates a sound that’s perhaps the most recognizable among the crop of new faces that’ve also made names for themselves.
Ample credit must also go to Margitza’s compatriots. Pianist Jeff Gardner’s resumé features stints with Steve Lacy, Eddie Gomez, Billy Hart and duo work with Gary Peacock. According to Rick, Jeff is a major factor for the musical direction but drummer John Vidacovich (based in New Orleans) is the real reason this record feels so good. Like Gardner and Vidacovich, Margitza has logged in some time with the Swedish bassist Lars Danielsson. Danielsson, who has played with, among others, Dave Liebman in a band called Far North with Jon Christensen and Bobo Stenson, “comes from the same place Jeff and I do compositionally,” Margitza states. “They all checked out a lot of classical music, as well as being extremely well versed in the jazz tradition.”

A solid blend of swing, ballads and bop, with Latin confections sprinkled liberally, Margitza, says “This project is the most mature thing I’ve done. I’m more relaxed, there is more space. There’s more composure, where I let other people contribute. Playing with Miles, I learned many things, some which are just starting to sink in. It sounds easy to say, ‘Just take the horn out of your mouth’ [a saying attributed to Davis in connection with John Coltrane, when the tenor Titan was sharing and filling up the stage with his famed “sheets of sound” as a sideman of the trumpeter], but it’s hard. Letting the music breathe more, not just letting others play more,is important. Letting the music be itself, not forcing it. A more organic approach.” And that’s what this CD is all about. A masterful and technically superb live recording made at the BIM-Huis, Amsterdam.