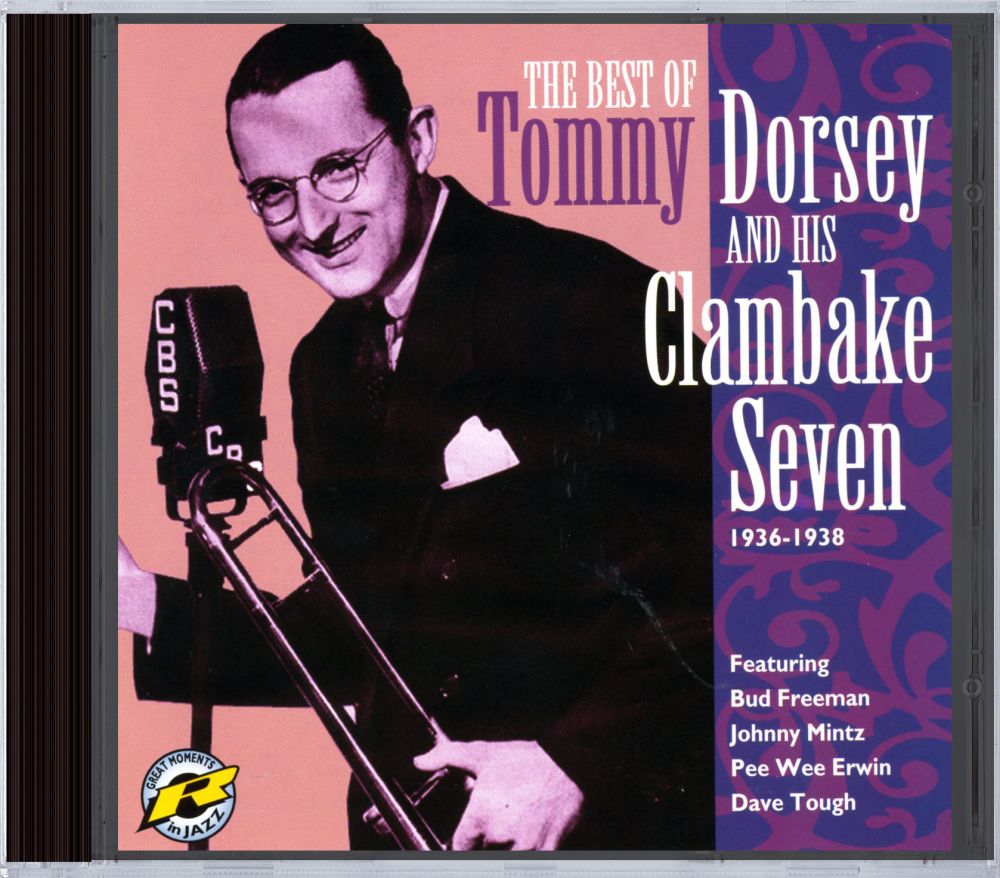 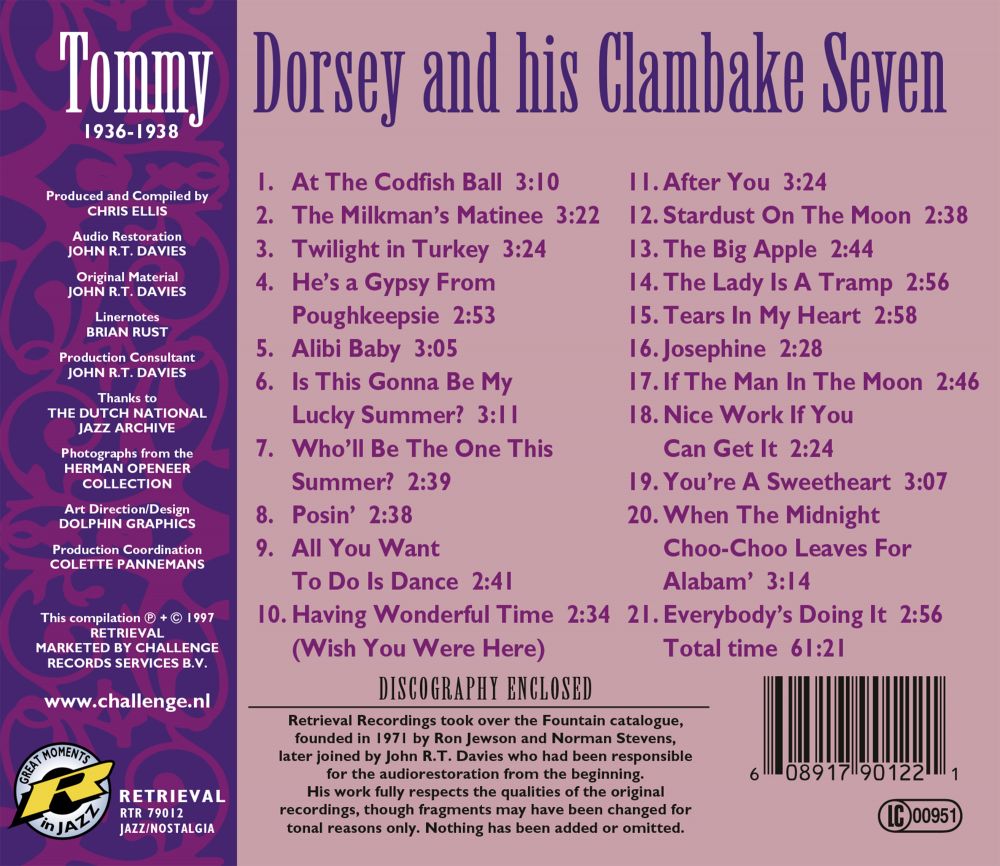 Tommy Dorsey and his Clambake Seven

Trombonist Tommy Dorsey led one of the two or three most successful swing bands of the 30’s. Like several other band leaders of the time, he also featured a ‘band within a band’, a small group drawn from within the main orchestra which allowed its’ members greater solo freedom and the opportunity to play more out and out jazz than was possible with the bigger unit. Where Benny Goodman had his Trio, Quartet etc. and Bob Crosby his Bobcats, Dorsey had his Clambake Seven, playing in a modified Dixieland style. Tommy Dorsey used some of his best men and, if anything, gave them more solo space than he did himself. Among them for a year from 1937-1938 was Bud Freeman, one of the best and best-known tenors in pre-bop jazz, some of who’s finest work was done on these sessions made when he was in his prime. But not far behind were clarinettist Johnny Mintz and trumpeter Pee Wee Erwin, both of whom were to have long careers as star soloists, lasting into the 1980’s and the splendid and mightily swinging drummer Dave Tough, another esteemed figure in jazz history. Singer Edythe Wright was no match for Billie Holiday or Mildred Bailey as a jazz singer, but she sang in tune and with a warm sound that that fitted well into the music. The repertoire was mostly the ‘pop’ songs of the day given spirited and stimulating jazz treatment. This CD contains the cream of the Freeman period.

Fine music and excellent recording presented in fine new John R.T. Davies transfers. This should be a very popular and saleable release.