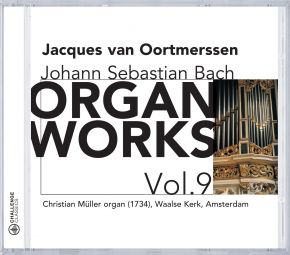 The ‘Bach Organ’
Many authors have considered questions about the type of organ that is most ideal for the interpretation of Bach’s organ works. The notion of a ‘Bach Organ’ quickly established itself. All things considered, the conclusion can only be that the ‘Bach Organ’ is an unattainable and utopian ideal. Bach had extensive knowledge of organ-building and came into contact with builders from differing German organ-building traditions. His own sphere was Thuringia and Saxony, a region where a multitude of influences from other areas can be observed, and which possessed its own indigenous types of organ.

Bach became acquainted with, and played on, instruments of all traditions, and undoubtedly thought about these types of instrument in course of writing down his com- positions. The eclectic nature of Bach’s works for organ equates, as it were, with the diver- sity of the organ timbres he encountered. The versatility of his organ compositions, with their immense stylistic palette, makes for per- formance on organs of different traditions not only possible but even desirable.

Registrations
In choosing registrations for his Bach recordings, Jacques van Oortmerssen is following exactly Bach’s (infrequent) indica- tions for the use of one or more manual(s) and forte/piano dynamics. Moreover, he is basing his interpretations on that which is known about registrational practices in Bach’s time and region; in this respect the surviving prescriptions of Georg Friedrich Kauffmann (1733-6) and Jacob Adlung (1758) are par- ticularly useful. For the plena of the large ‘free’ works, he is following conventions that are rooted in older traditions. Trio textures are registered with timbres that correspond to instruments commonly used in trio compo- sitions. A colourful spectrum is thus brought to life, and the player is therefore able to illustrate the diverse Affekten of Bach’s music more effectively.