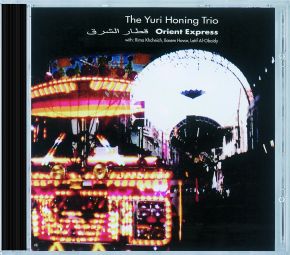 Orient Express features the collaboration of the Yuri Honing Trio with 3 Arab musician, lebanese singer Rima Khcheich, Djoser player Basem Havar and ud player and percussionist Latif al Obaidi, both from Iraq. The group plays classical Arab songs as well as their own compositions and and interpretation of Björk’s Isobel.