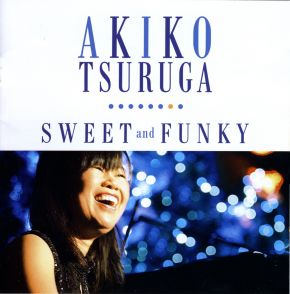 Hailing from Osaka, Hammond B3 organist Akiko Tsuruga played with jazz superstars such as Roy Hargrove and Grady Tate while still in Japan. Tate convinced Tsuruga to emigrate from Osaka to New York City in 2001 and took her under his wing. Very quickly, she established herself as an in-demand player in the hot NYC jazz scene. Tsuruga’s debut CD Harlem Dreams, which featured Grady Tate, was released in 2004 and quickly became a best-seller in Japan. Tsuruga’s free yet cohesive organ grooves have been further seasoned under a long tutelage from organ legend Dr. Lonnie Smith. Sweet and Funky is Tsuruga’s US CD debut, and was produced by Grammy-winning producer Jack Kreisburg.