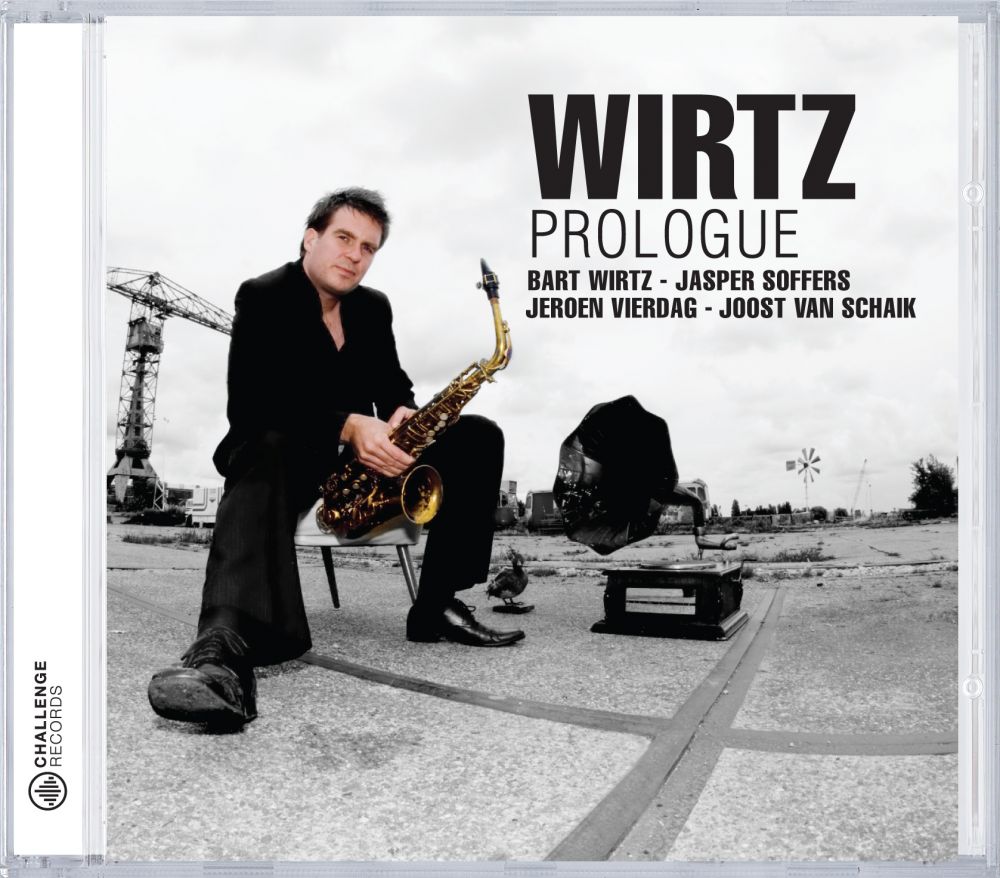 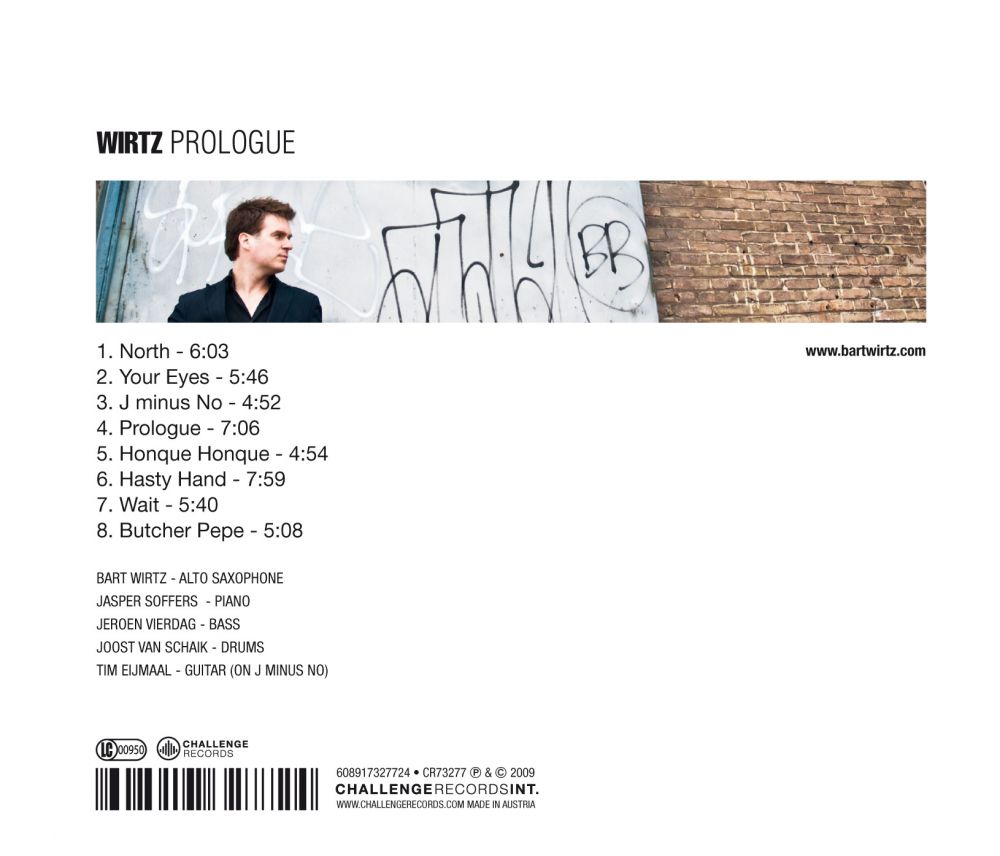 The program on this CD, which is comprised of eight of Bart Wirtz’s originals, begins with “North.” A modern and modal-oriented piece in 6/4 time, this stimulating number serves as an excellent introduction to the quartet. Incidentally, “North” received its name because it was composed by Wirtz in Amsterdam North.
“Your Eyes” is a melancholy love song full of quiet intensity, a bit like John Coltrane’s “Naima” at first. Soffers improvises a solo full of unanswered questions that are thought-provoking.
“J Minus No” is a major contrast. Its catchy rhythm will get one’s feet tapping. Guitarist Tim Eijmaal appears as a guest and Wirtz says of him: “He plays like a madman.”
Vierdag and van Schaik create a somewhat desolate mood during a mysterious-sounding introduction which leads into “Prologue,” a brooding ballad, which features a sensitive and heartfelt piano solo from Soffers that conveys a great deal of barely-hidden emotion, possibly a sense of loss. The piece concludes by returning to the original eccentric dialogue between the bass and drums as it fades out. “Honque Honque” has a two-note repeated “honk” in its theme, a melody with wit that is reminiscent of Thelonious Monk. What is most unusual about this offbeat piece and a quality that makes it seem a bit out of balance is that, instead of utilizing a conventional 32-bar structure with an 8-bar bridge, the bridge is only six bars and much more complicated than the childlike theme. “Hasty Hand” has the group sounding a bit like the John Coltrane Quartet (except with an alto rather than a tenor in the lead) on a medium- slow modal piece. The melody of “Wait” haunted Wirtz for two years because he could not find a conclusion for the theme. Finally, two weeks before the recording session, the ending came. The “wait” was worth it for this wistful ballad results in some highly expressive playing by the altoist and the pianist that gives the impression that they are thinking aloud. The closing number, “Butcher Pepe,” is a medium- tempo cooker that will leave listeners in a happy mood and with a deep appreciation for the musicianship and consistent creativity of the quartet.
The words “special” and “authentic” fit Bart Wirtz’s music. Rather than copy the past, he looks forward, hoping to play all over the world with his quartet. Bart Wirtz adds his own personality to every note he plays, he is a skilled composer, and his quartet has a great deal of potential. Listening to this rewarding CD lets listeners experience the first chapter.

One of the finest young saxophonists in Europe today, Bart Wirtz has a flexible and versatile style that ranges from hard bop to freer explorations. A logical extension of such giants as Jackie McLean, Frank Morgan and Art Pepper among others, Wirtz has his own sound and open-minded approach to playing jazz. Born in the Netherlands, he attended the Rotterdam Conservatory, winning several honors (including the Erasmus Jazz Prize, the Leiden Jazz Award and the Breda Jazz Prize) while in the conservatory. Wirtz graduated in 2002 and then spent a half-year in New York. Returning to Amsterdam, he became very busy with his career and has not stopped since. Bart Wirtz has become an important member of five different jazz groups.
The Young Sinatras is a ten-piece band that includes singer Paul van Kessel.
Monsieur Dubois is quite a bit different in style, mixing together funk, soul jazz, jungle beats and Afro grooves. Monsieur Dubois has thus far recorded two CDs for Challenge: Ruff and Soul Integration. The Artvark Saxophone Quartet gives Wirtz another separate area of music to
explore. The a capella quartet, grooves while also being open to playing free and adventurous solos and ensembles without the comfort of a rhythm section. Wirtz describes the 16-piece Rotterdam Jazz Orchestra as “the best young Dutch musicians in one big band conducted by Johan Plomp.” The fifth of the main groups that feature the altoist is his own quartet which
has been together for two years. “I’ve been playing with the idea of recording my own compositions with this quartet for quite some time. Performing with the other bands has given me the extra inspiration and drive to pursue my own musical vision.”
Wirtz is rightfully quite proud of his quartet. “I believe that all of the best music that I listen to and play is music that is being played by coherent working collectives. I think I am very lucky to have such talented musicians. All of these guys are quite young so perhaps that is why we have the same musical interests and connect so well. I have known pianist Jasper Soffers from the time that I studied in Rotterdam. He is both a great soloist and a very good accompanist. No matter what notes I play, Jasper colors them so beautifully. Jeroen Vierdag is the kind of bassist that is not held back by boundaries of musical styles. He can play anything on the spur of the moment. Joost van Schaik is an incredible drummer. His sound and timing always fit the music and his creativity is inspiring.”