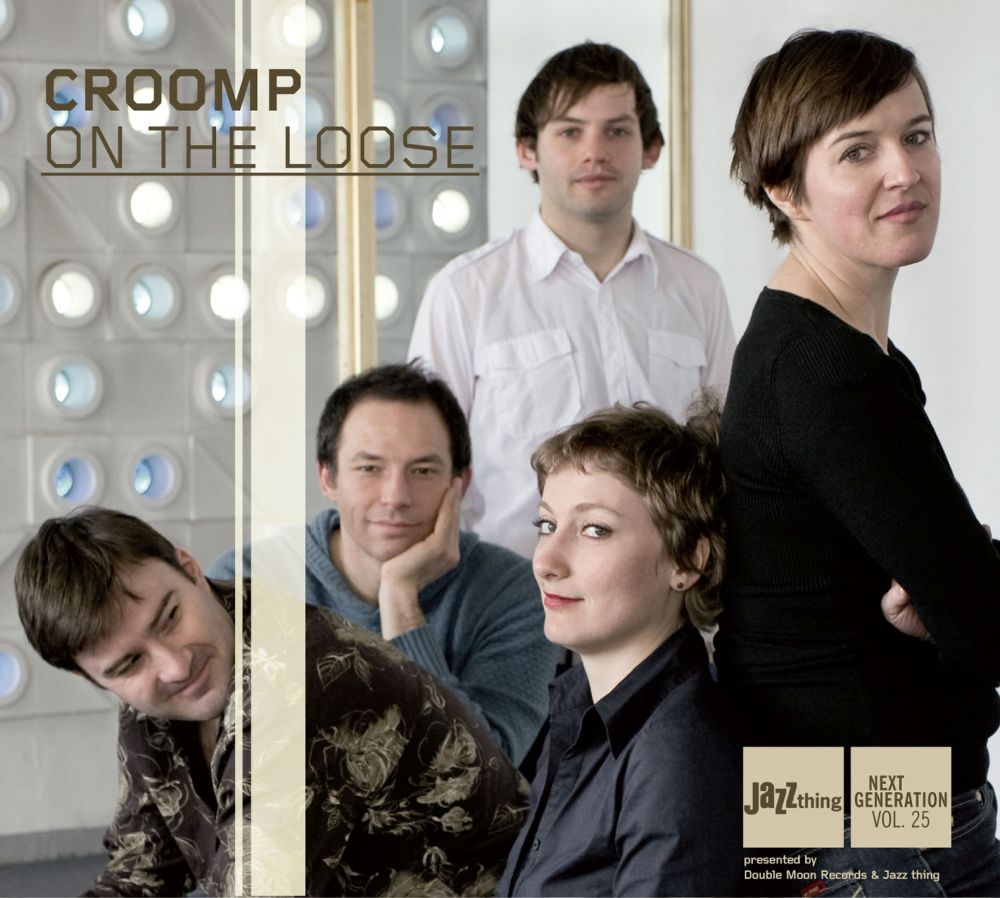 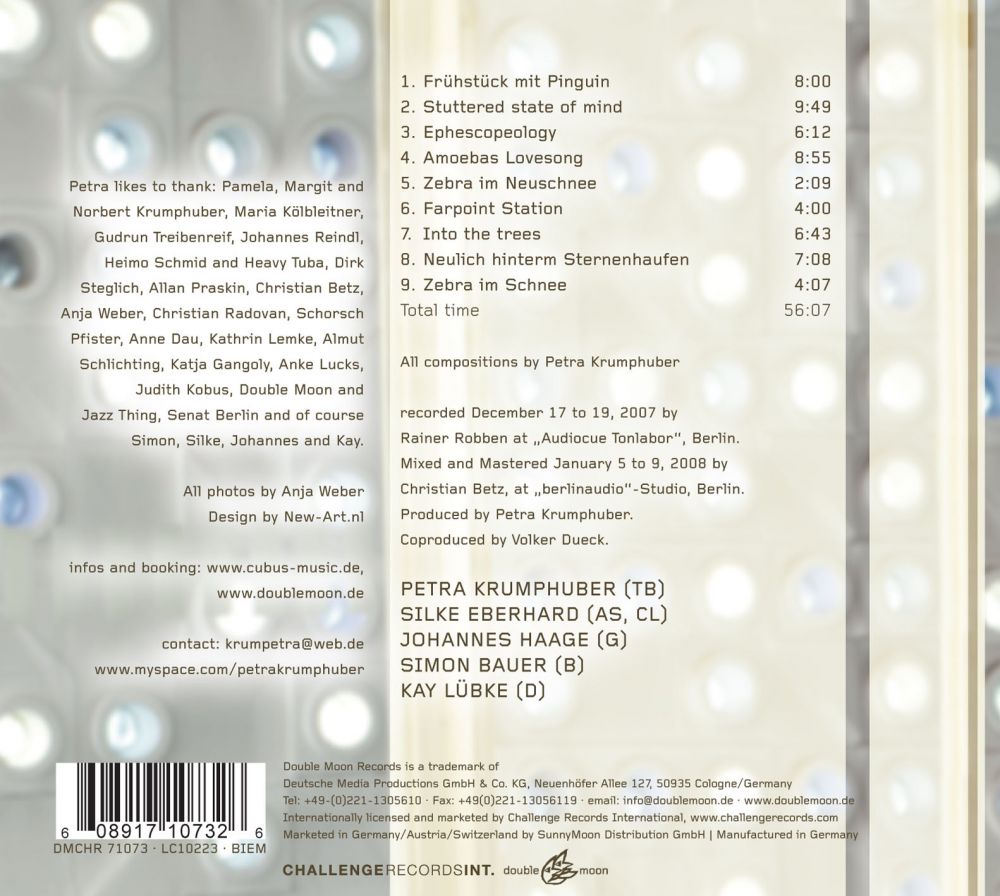 Born and raised in the upper Austrian city of Linz, the trombonist has lived in Berlin for the past nine years. Her own story is that she has been playing the trombone since her arms were long enough to use the instrument. Her career that began so early in a music society took her to the Bruckner Conservatory, where she graduated with distinction. It also provided her with the will to leave well trodden paths and get involved in the adventure of improvised music with jazz as a backdrop but without any limits in expression. As a result, freedom starts for her with precise knowledge of structures. Her participation in a lengthy workshop at the Banff Center in Canada then laid out a path for her development that resulted in winning the Studio Contest of the Berlin Senate and this recording.
Her first-class band is a get-together of exceptional musicians living in Berlin. Silke Eberhard is a saxophonist, who has already played with big names and which can be seen by her concerts and recordings with Terry Lynne Carrington, Dave Liebman and Gunter “Baby” Sommer, among others.
Her CD, which has just been released, a tribute to Ornette Colemen played as a duet with Aki Takase, has earned her additional attention.
Simon Bauer studied bass in Berlin and Lucerne and likes to play in the fringe regions between jazz, electronic, pop and classic. The fact that he does this successfully has been attested to by sponsorship from the association “Live Music Now” initiated by Yehudi Menuhin. Johannes Haage studied guitar in Essen, New York and finally Berlin, where he graduated in 2005. He has been involved in a few of his own projects since then and is one of the guitarists most in demand in Berlin (but not just there). Kay Lübke studied in Frankfurt, Mainz and Berlin and took lessons from Dave Liebman and Gary Peacock, among others. Several CDs (among others, with Julia Hülsmann and Rudi Mahall) are proof of his extraordinary
skills. Band leader Petra Krumphuber says that her
pieces are structured to “provide sufficient space for the musicians to be able to surprise one another and communicate with each other. And if the music triggers completely different images in the minds of listeners, which I never could have
dreamed of, then I am more than satisfied.”