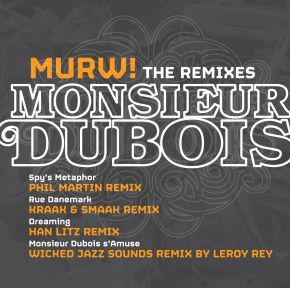 Monsieur Dubois has collaborated with various DJ’s, producers and remixers from Europe over the last few years. These musical experiments provided an interesting mix of acoustic hardjazz and they added digital value. The Best Of this crossover is released october 20th on the Digital Only Remix album “Murw!”. All tracks of this album are inherent of Monsieur Dubois’ album “Ruff” and remixed by four of Holland’s top DJ’s. Phil Martin, Kraak &Smaak, Leroy and Han Litz.

The Edison Award is the oldest Dutch music award. It exists since 1960 and is awarded to high quality recordings. This year two of our talented artists are nominated for the Audience Award:Rik Mol with his album ‘What’s On Tonight’“Everyone agrees that this album is astonishing. Trumpettist Rik Mol has made a very contemporary album with a wonderful mix of Hardbop, Hip Hop, sensual Soul ...