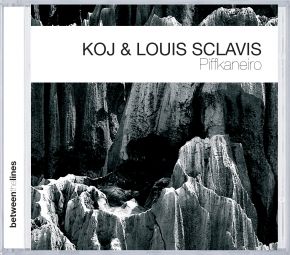 In 2004, the musicians from KOJ set this treasure of a silent movie, “The Wildcat”, to music, having been contracted to do so by the Moods jazz club and the Filmpodium of the city of Zurich. A bittersweet and at times ribald and ironic composition resulted; Lubitsch’s language of images inspires one to conduct character and milieu studies. The musical themes and motifs are intertwined with improvisation and set against one another. Composition and improvisation interlink smoothly and ingeniously. In this, the imaginary city “Piffkaneiro” (Lubitsch placed his film “not far from Piffkaneiro”) serves as stage. It is a bizarre mountain town full of stories and colorful districts with its strange, audacious inhabitants of questionable character, even including some extremely beautiful creatures. For the music, this means that the motifs and themes from the movie appear in a different environment and with new arrangements.