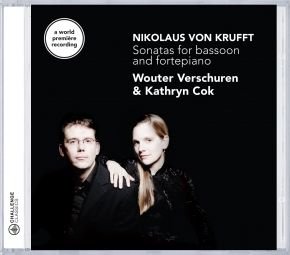 Sonatas for Bassoon and Pianoforte

The sonatas presented on this CD have never before been recorded . The Sonata in F major from 1807 has never been published in a modern edition. The undersigned is busy with an edition that will be available in 2008. Next to the sonatas for fortepiano & bassoon, Krufft also wrote sonatas for violin, horn, and works for solo piano, including 24 Präludien & Fugen after J.S. Bach. Krufft’s lieder have a special place in his body of work. He was an exponent of the Viennese lieder school and had a large influence on Schubert. Technically, these works place high demands on the players as well as  the instruments, especially when they are performed on period instruments. The range of the bassoon part, for example, is greater than that found in the Bassoon Concerto by Mozart, the Beethoven Septet and even the Octet
by Schubert.

The swirling passages, the enormous jumps (sometimes from 2,5 octaves from F to c’’) and the daredevil modula-
tions found in these works make them a challenge for the bassoonist as well as the pianist. 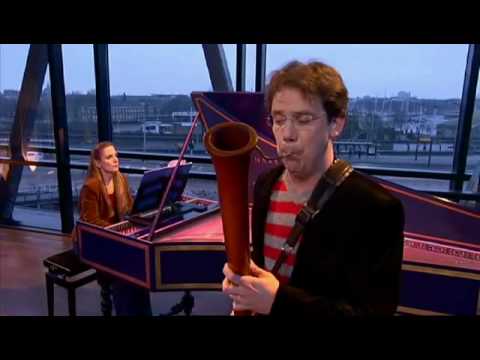