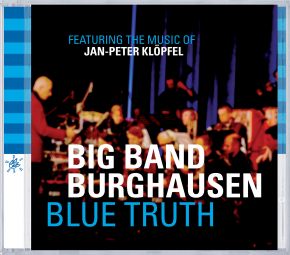 The city of Burghausen is located in the farthermost southeastern corner of Germany on the border to Austria. It can boast of having an idyllic old town center, above which the longest complex of castle buildings in Europe towers. But that is not the (only) reason why many thousands of jazz aficionados from all of Germany and Europe have been making a pilgrimage here each spring for more than 40 years. The reason is that jazz has found a home in Burghausen. The association, which promotes the annual event „International Burghausen Jazz Week“, „IG Jazz“, is composed of hundred of jazz enthusiasts from the region, numerous volunteers and a committed mayor as well as a large number of sponsors from the business world.

But the fact that jazz does not only create exceptional circumstances for a week, but instead the scene is
instead the whole year (with concerts, regardless of whether open-air or in the cozy “Jazzkeller”, workshops, etc.), is attested to by another institution: the Big Band Burghausen, in which dedicated and skilled amateur musicians from the region have been celebrating jazz on a large scale for - believe it or not - 35 years. The list of the conductors includes such well-known names as Joe Viera, Geoff Clarke and Al Porcino. The band has often gotten support from soloists such as Peter Tuscher, Lee Harper, Alan Prasquin and Roman Schwaller in the past. Wolfgang Pietsch has been the head of the band since 2002, and he has been working on the ambitious project to record a CD for two years. First, Jan-Peter Klopfel from Hamburg was contracted to compose pieces and arrangements for this big band, provide support during the recording and contribute a few solos.
Klopfel’s compositions are certainly not standard big band material, and harmonic ideas, rhythm changes, colorful phrases and interesting tones make the CD a joy to listen to.

“Blue Truth” is the result of this dedicated work. It is a testimony to the ability of a big band, which unites old hands and young musicians of the next generation in creating music with a great deal of zeal and passion, and it is also a testimony to the joy, with which a whole region not only keeps a genre alive that has often been dismissed as outmoded, but also provides grounds to optimistic about its prospering long into the future.