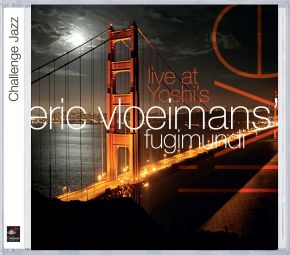 Eric Vloeimans: trumpet | Harmen Fraanje: piano |
Anton Goudsmit: guitar
(….) I’d had this recording for a few days now, and had been listening to it so often that I lost my grip on it. On the one hand the music was exuberant, on the other introspective, but playful. To my ears it wasn’t jazz, though surely experts would call it that. I am not so fond of experts. They are what they are because they say that’s what they are. That’s too simple. I could do the same. But I don’t.

(…) It could be, I realize, that Vloeimans’ music had made me jump in time; I skipped six or seven weeks thanks to him. However I still had no idea what to write about this music. Enchanting for sure. Melancholic as well. Happy, obviously.

(…) What’s in a name? Vloeimans, Flowmans.
Just say that name a time or ten, roll it around in your mouth, let it bounce against your teeth and you’ll understand this elusive music; fluid, flowing, fluide as the French say, liquid.
Few things are as difficult as creating something that seems completely effortless, fluid, flowing, or at least that’s the way it sounds.

The music of Eric Vloeimans (and his companions also have names that resonate; Goudsmit, Goldsmith; Fraanje, Fringey) flows like water, flows like a dance, flows like a traffic artery and flows like life itself. It’s music you cannot grasp, it keeps slipping through your fingers.

Flowmans/Vloeimans; a man that flows through his magical instrument - the trumpet. Every artist, whatever his stature, seeks himself. Yet only few succeed. Most fail because they are afraid to be themselves. This is what makes Eric Vloeimans so fascinating; he flows himself,
the artist he truly is.

The annual Dutch Jazz & World Meeting is on its way. On december 1, 2 and 3 international artists, conaisseurs, programmers and musiclovers will be around to go to lectures, discussions, workshops, the information market, opening night in the Bimhuis and the showcases in The Sugar Factory and De MelkwegA lot of Challenge artists will be performing in the showcases!-Artvark Saxophone Quartet -Eric Vloeimans' Gatecrash -Harmen Fraanje Trio -Jungle Boldie ...

Eric Vloeimans on a roll in USA

Dutch trumpet sensation Eric Vloeimans returns to US and Canada

Eric Vloeimans: 'a top jazz player from the Netherlands'

Raving reviews for Live At Yoshi's by Eric Vloeimans Fugimundi 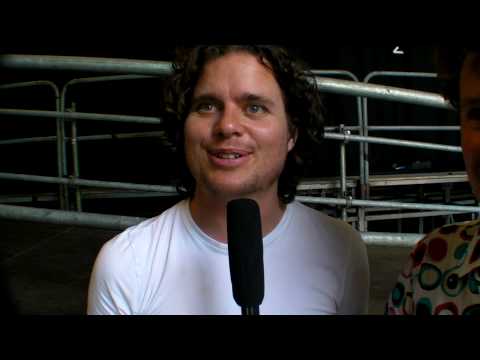