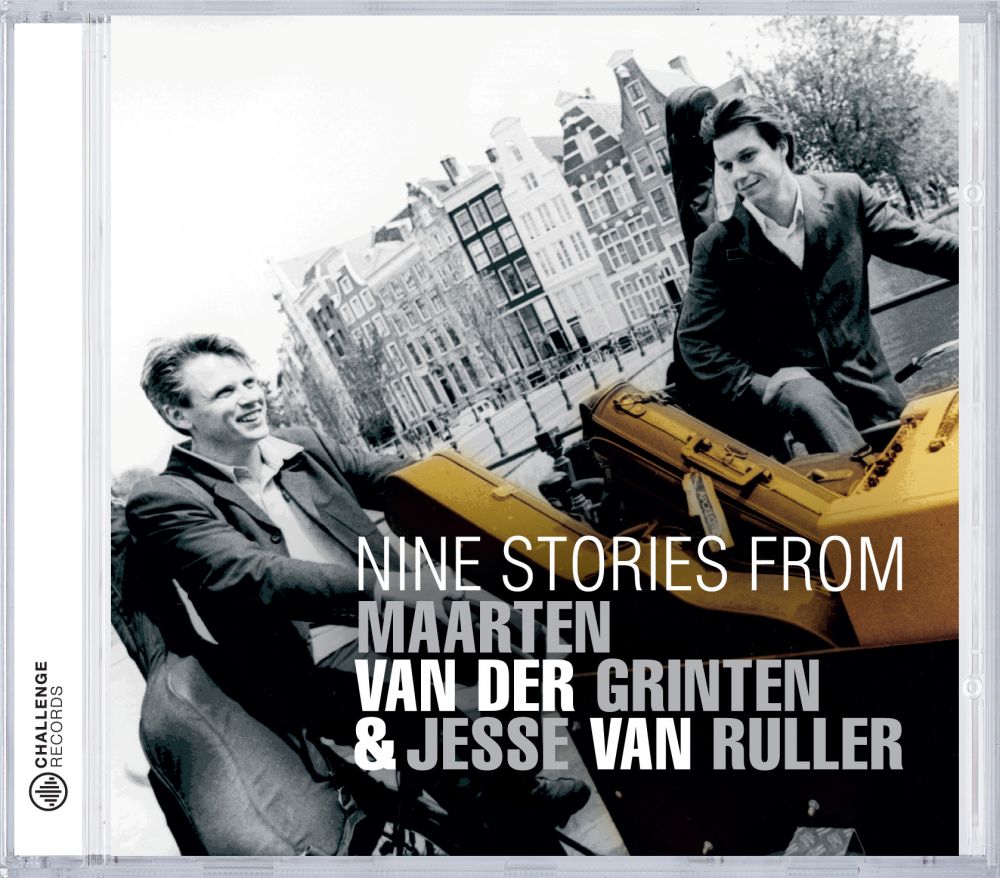 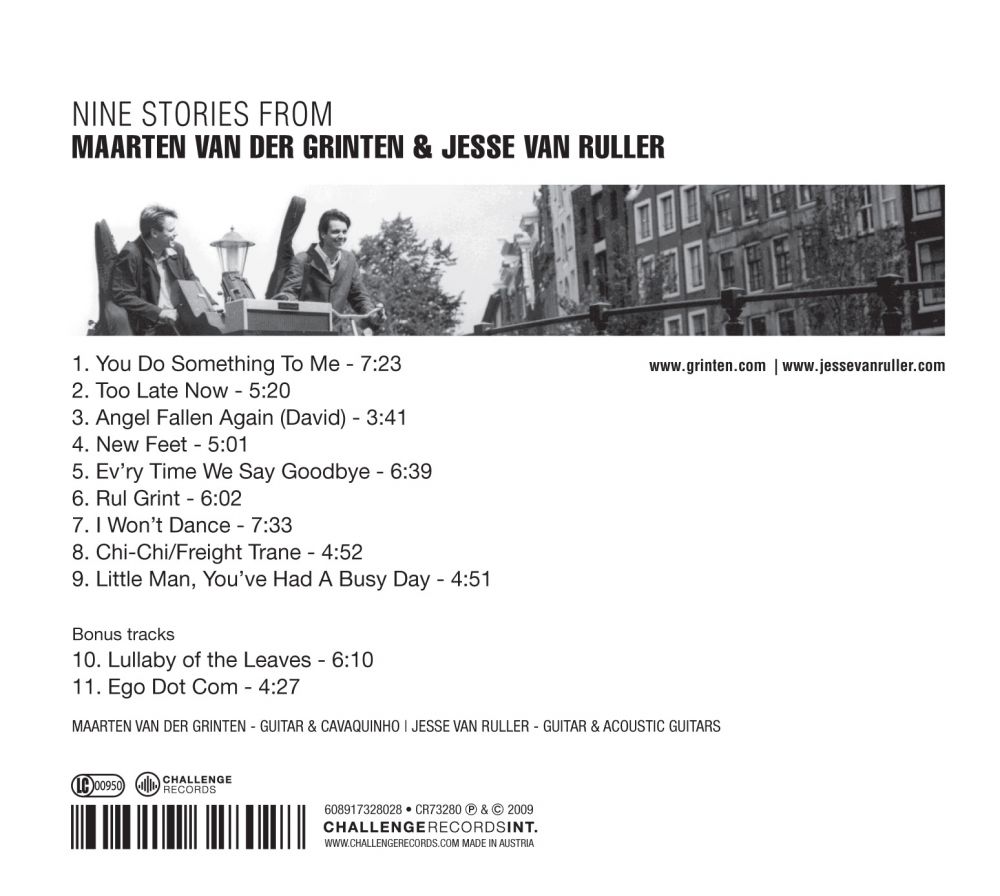 In 1999 two of Holland's leading jazz guitarists met each other several times on stage in a duo setting. From the very beginning it was clear that the complete sound, the clarity of communication and the individual capacities of the two players were making up for a band.
Their first CD underlines the right of existence of this two-men band as it explores the sound range of the combination of two guitars - never losing melodic content.
It is adventurous and yet agreeable and should help the jazz guitar - out of the jazz guitar ghetto - into the ears of all music lovers, not only guitar players.This duo recording is a celebration of Two: Soloing and accompanying is equally divided.
There are two of the most beautiful songs of Cole Porter (You Do Something To Me & Ev’ry Time We Say Goodbye), two gems of Fred Astaire movies (I Won’t Dance & Too Late Now), two acoustic songs for little men (Little Man You’ve Had a busy Day & Angel Fallen Again –for Maarten’s ever falling son), two grooving originals (New Feet & Rul Grint) and a two-in-one blues (Freight Trane & Chi Chi, interwoven).
Each song tells a story of it’s own, nine stories altogether told by Van der Grinten and Van Ruller.

Maarten van der Grinten (Geleen,NL, 1963) started out playing drums at the age of 9 and took up the guitar three years later. From 1982 until 1987, he studied guitar at the prestigious Hilversum Conservatory with Willem 'Wim' Overgaauw and graduated with the highest honors. In 1987, he was awarded the Loosdrecht Festival Promotion Prize and in '88, he was given a scholarship to continue his studies for one year in New York at the Manhattan School of Music. Whilst there, he started to compose more seriously. He's played and recorded with many Dutch jazz musicians including Wim Overgaauw, Ack van Rooyen and John Engels and visiting players such as Clark Terry and Toots Thielemans along with a number of large ensembles including the WDR-Bigband, The Metropole Orchestra, the Willem Breuker Kollektief and the Jazz Orchestra of the Concertgebouw .
Maarten is currently co-leading four bands: Dig d'Diz, the Van der Grinten - Herman Quartet, the duo with guitarist Jesse van Ruller and the Brazilan music group Dirindi. He is currently teacher and chairman of the guitar section of the jazz faculty at the Conservatorium van Amsterdam, formerly the Hilversum Conservatory.
Jesse van Ruller started playing guitar when 7 years old. Studied with Dutch jazzguitar-master Wim Overgaauw at the Hilversum Conservatorium where he graduated in 1995. In that same year he won the Thelonius Monk Competition in Washington. The jury consisted of John Scofield, Jim Hall, Pat Metheny, Pat Martino and Mark Whitfield. In 1996 his first album 'European Quintet' came out and received a lot of attention. The concerts that followed brought him all over the world with his quartets, trio's and duo.
Over the years Jesse van Ruller made 10 CD's as a leader and appeared on numerous others as a sideman. He performed with various musicians and orchestra's, a.o. Jim Hall, Pat Metheny, Bill Stewart, Roy Hargrove, Peter Erskine, the Berliner Philharmoniker, Birmingham Symphony Orchestra, Jazzorchestra of the Concertgebouw and many more.
In the past years he toured with Dutch flamenco virtuoso Eric Vaarzon Morel with whom he developed a repertoire of flamenco-jazz. A new tour is planned for 2009-10.