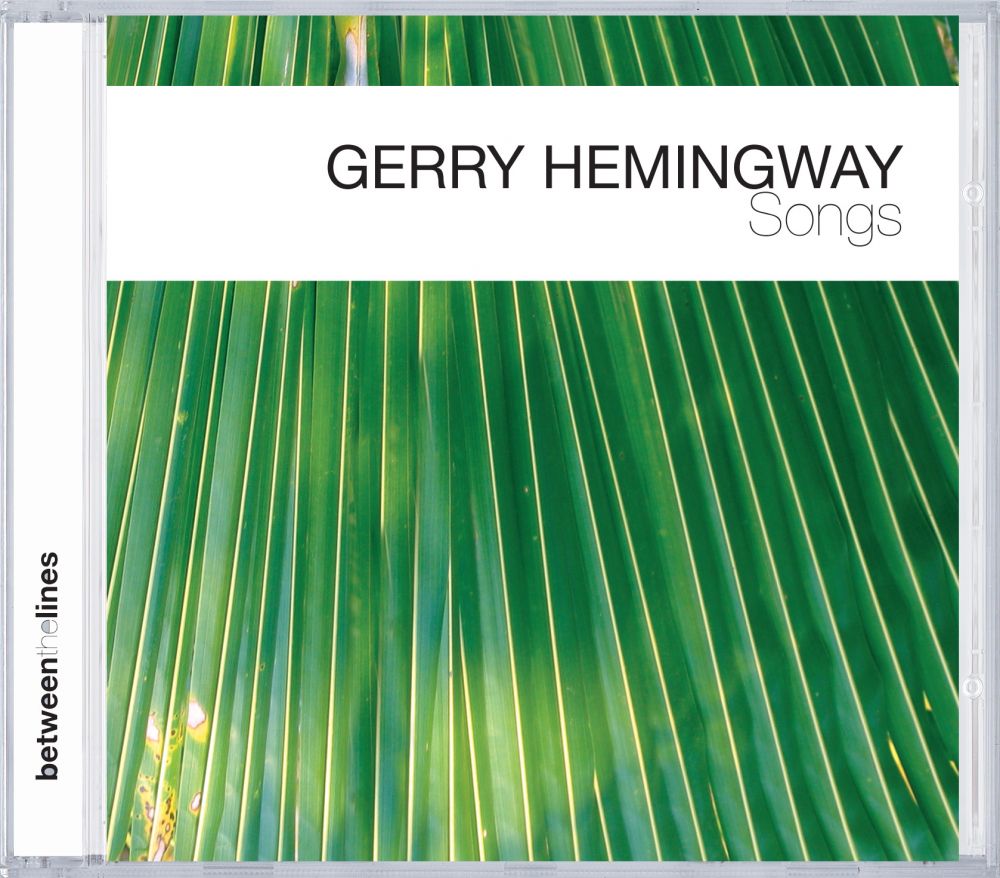 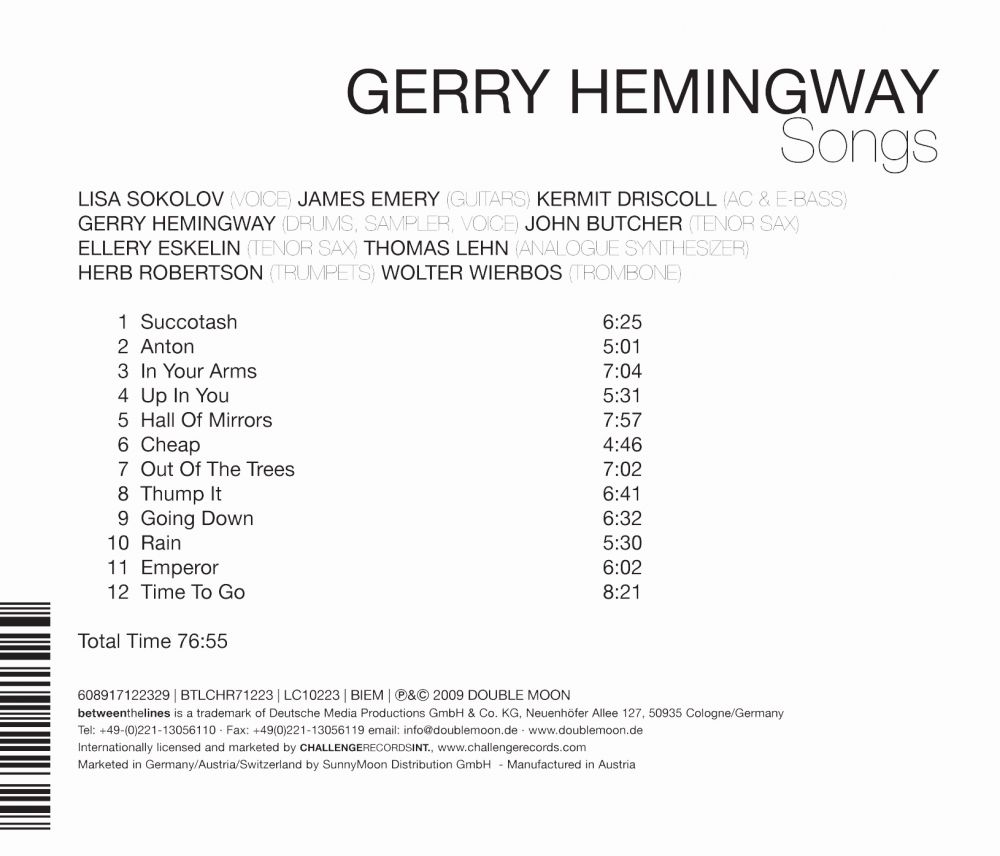 Gerry Hemingway, one of the drummers most in demand for quite a few years – especially in the scene of avant-gardists and free improvisation – was able to realize a dream in 2002 that he has cherished for a long time. He composed and wrote the lyrics of "Songs" in the best sense of the word for a transatlantic group, which connects US-Americans with European musicians (Walter Wierbos/Holland and Thomas Lehn/Germany), and a singer who has complete command of the phasing of pop music as well as free innovation thanks to her work with jazz avant-gardists.
All musicians, whom Hemingway knows very well from earlier (and in still on-going projects today), became intimately involved with the project. With a clear, driving rhythm and clearly structured melody lines on one hand, but always with breaks and changes, which prevent boredom from the start, on the other hand. And numerous backdoors and emergency exits for the surprising excursions of the musicians always ready for anything.
As Hemingway writes in his liner notes, the CD is also a declaration of love to his wife and child. Specifically these love songs are so intense and jam-packed that you want to listen to them again and again.
Recorded in 2001 and released in 2002, the CD was sold out and no longer available after a short time. The master had also been missing for five years. It was now possible to use the original recordings to create a new master. Gerry Hemingway also contributed his hands and ears to make the sound even more transparent and powerful.

From the beginning of his career in the 70s, the tireless percussionist and composer has been unstoppable in his progression to the absolute front-line of the New York downtown scene. He has led numerous groups, including (since 1997) his quartet with Ellery Eskelin, Herb Robertson and Mark Helias as well collaborative groups with Mark Helias & Ray Anderson (BassDrumBone) celebrating its 30th year anniversary in 2007, Reggie Workman & Miya Masaoka (Brew), Georg Graewe & Ernst Reijseger (GRH trio), WHO trio with Swiss pianist Michel Wintsch and bassist Baenz Oester, his duo w/Thomas Lehn, and also w/John Butcher. Mr. Hemingway is a Guggenheim fellow and has received numerous commissions for chamber and orchestral work. He is well known for his eleven years in the Anthony Braxton Quartet, and his manycollaborations with some of the world’s most outstanding improvisers and composers including Evan Parker, Cecil Taylor, Mark Dresser, Anthony Davis, George Lewis, Derek Bailey, Leo Smith, Oliver Lake, Kenny Wheeler, Frank Gratkowski, John Cale, Marilyn Crispell, Michael Moore and many others.