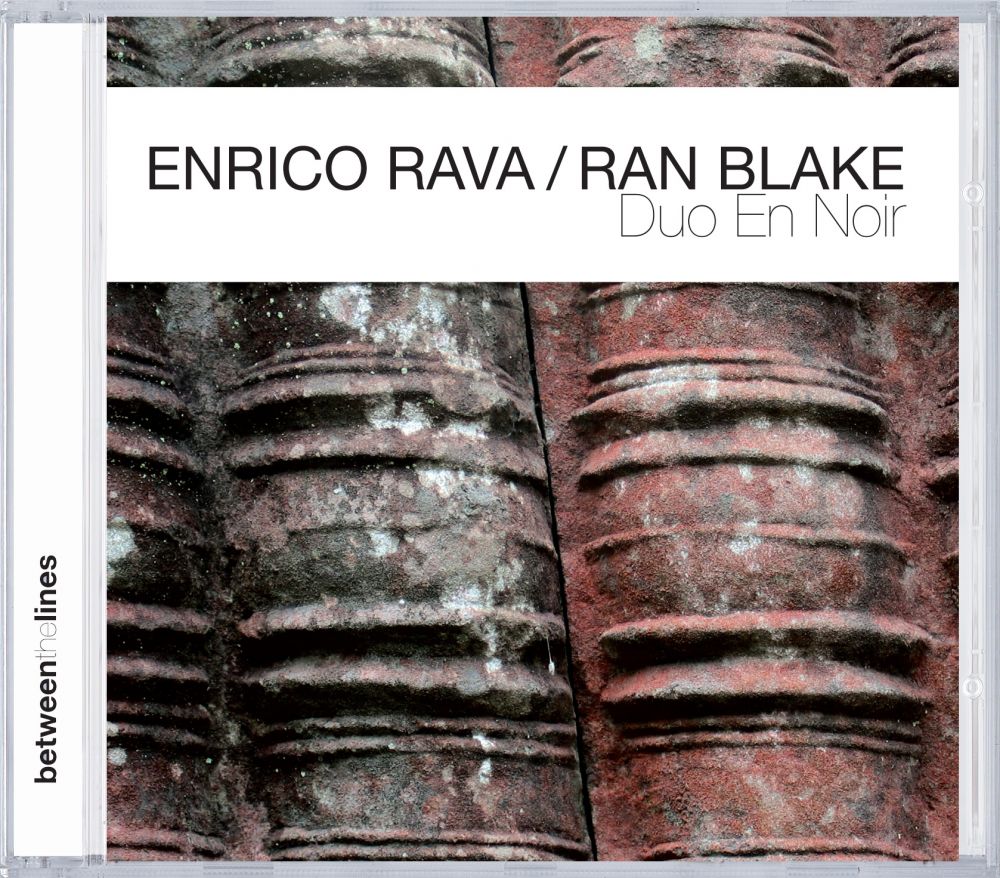 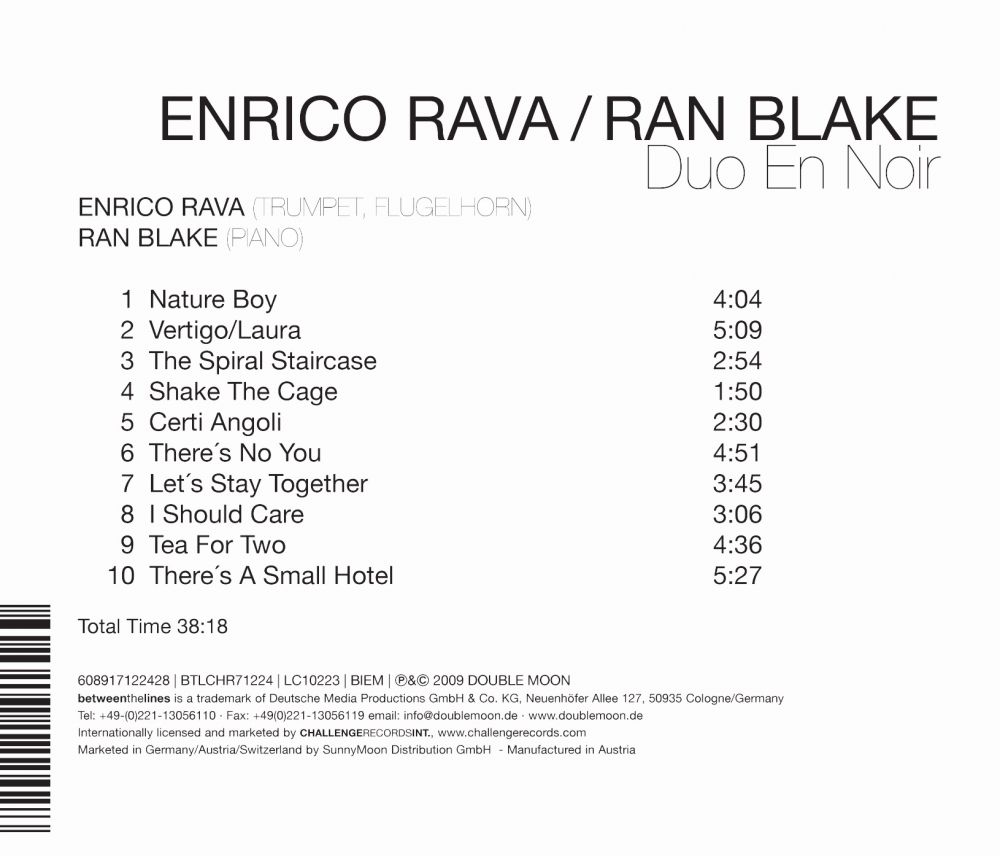 They only appeared on stage one time together for recording: Enrico Rava, the most well-known European trumpeter, and Ran Blake, the American pianist with an influence on numerous contemporary musicians that can hardly be overestimated.

Hazelwood Music Production recorded the exceptional concert at the Frankfurt South Train station in 1999. Ten songs, ten standards. The composition, which Enrico Rava contributed ("Certi Angoli"), can also be called a standard in the meantime. In addition, songs such as "I Should Care", "Nature Boy", "There's No You" and even "Tea for Two" were interpreted very originally. All songs radiate a high degree of melancholy without triggering sadness thanks to Rava's unmistakable sound and Blake's just as unique phrasing.

After the CD was no longer available from between the lines for many years, we are very pleased that we can now re-release it!

The New York Times once wrote: "Only Ran Blake sounds like Ran Blake." Although the pianist born in 1935 studied under piano legends such as Oscar Peterson and took private lessons from Mary Lou Williams, he soon cut loose and developed his own sounds and structures. He has become one of the most authoritative musicians and composers of the "Third Stream" and has a chair for this at the New England Conservatory till today. His students repeatedly cite him as a decisive influence: Don Byron, Matthew Shipp, Don Medeski and – not the least – Between The Lines artist Yitzhak Yedid.

The connection to Rava (born 1939) had already existed a long time, including via Jeanne Lee who had worked with both. But Enrico Rava had always felt at home in other styles too: from jazz rock in the 70s to performances and recordings with Cecil Taylor, Gato Barbieri and Archie Shepp. Recently, he has worked with Stefano Bollani, among others, and released music on ECM.