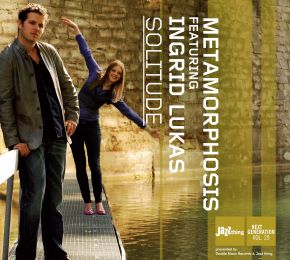 
"Solitude" tells a story. A story that has often served as inspiration in many art genres (in literature, music and painting). It is a story of the fantastic mermaid Undine, who exists in different forms in numerous mythologies. As with other demigods and fabulous creatures, she only gets a soul after marrying a human. But the love affair usually ends unhappily. Rafael Baier has composed a concept album from this with numerous magical moments. His band – the members of which are all proven and enthusiastic tinkers with sound as he is – create a world of sounds from this as you can only rarely hear.
The group has consciously avoided any categorization and instead borrows from all genres. The motto was that everything is used that is suitable for telling the story with tones. The surprising thing is that no hodgepodge results despite the mixture of stylistic elements from pop, avant-garde, jazz, dancefloor, etc., but instead a kind of "total art work".