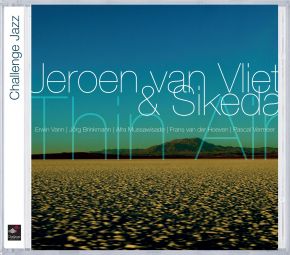 Jeroen van Vliet in the linernotes of Thin Air: "In 2008 I was honoured to accept the Composition Assignment of the North Sea Jazz Festival and Music Center Netherlands (MCN). I chose to write for a sextet consisting of musicians with whom I had previously worked on different occassions and whom I admire. Besides the trio with Frans and Pascal that recorded The Poet & Other Tales in 2007, Afra was the perfect match, both on percussion and with his sounds and samples. I asked Erwin, with whom I had recorded several albums before, for his lyricism and beautiful ideas and sound. When I heard Jörg I was instantly hooked by his creative playing, so I asked him to join. The band is now called Sikeda (pronounced SEE - KAY- DAH), a word without meaning, chosen simply for its sound. Enjoy the ride. "