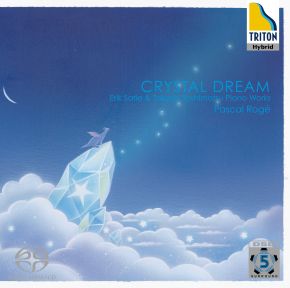 This disc, played by Pascal Rogé, the expert of French piano music, as well as at the height of his musical maturity, consists of works by two composers, the one is Erik Satie, and the other a Japanese composer, Takashi Yoshimatsu. Mr. Rogé found something similar between those two composer's music, and make a long, beautiful story mixing their works, connected each other without interval, like telling a fairy tale, with Mr. Rogé's clearest sound of piano.
Recorded in 2008 at the Akigawa Kirara Hall, Tokyo
Hybrid (CD SACD 2ch/5.0ch)
Rogé's playing exemplifies the elegance and subtlety said to distinguish French pianism
The meditative music of Satie goes so well together with the dreamlike atmosphere of Yoshimatsu's work: a perceft combination. An extraordinary performance!