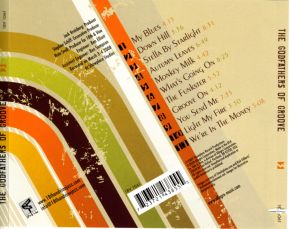 Produced by Grammy Award winning producer Jack Kreisberg. Bernard “Pretty” Purdie has played on over 4,000 records and is currently playing nightly on the Broadway performance of Hair, which has racked up eight Tony Award nominations to date. Features Bill Easley on saxophone. Easley is a renowned session player who has worked with Isaac Hayes, done sessions at Stax, and performed with the Duke Ellington Orchestra, Benny Carter, George Benson, Jimmy Smith, Ruth Brown, Bill Mobley, Victor Gaskin, Mulgrew Miller, Ron Carter, and Grady Tate. Reuben Wilson invented soul-jazz, a style of flowing B-3 organ playing over smoking drums that inspired players like George Clinton and Sly Stone. As the son of legendary jazz guitarist Grant Green, Grant Green, Jr. was exposed to exceptional musicianship right out of the womb. Today, his style blends technical mastery with heartfelt soul, and it is this combination that sets him apart