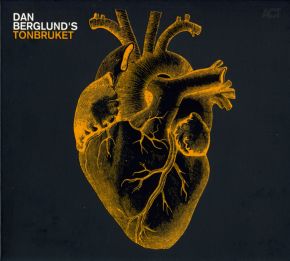 Bassist Dan Berglund became world famous as a member of e.s.t. The trio, with Esbjörn Svensson on piano and Magnus Öström on drums, was, as declared by The Times (UK), the most successful and probably the most influential jazz band of the past decade. As an artistic unit of three very different but equally participating musicians, their unique sound defined our current perception of jazz, particularly in Europe. While the piano represented the classic jazz influences, Berglund’s bass work led to him earning a reputation as the “rock ‘n’ roller of the trio”. Svensson’s tragic death in an accident in June 2008 forced Berglund to re-orientate himself; he played with many old friends from his time before e.s.t. and out of these sessions, a new band slowly crystallised: Tonbruket.

‘Tonbruket’ is the Swedish word for the big workshops which “produce” sounds – the foley rooms and sound design studios. “We liked the sound of this expression - particularly also because our tiny, four-man factory also researches and produces. We produce sounds which, when they come together, hopefully become good music,” explains Berglund.

Of course, Tonbruket doesn’t want to forget the past, and nor will it do so. “e.s.t. is part of my history, it influences my playing and my composing, even today. I was part of it and it was part of me and it will always be like this - exactly as my hard rock past has always been a part of me,” says Berglund. As such, you can hear influence of his previous band’s genes in many areas, particularly from the last e.s.t. album Leucocyte. In “Wolverine Hoods”, for example, we have the powerful unfolding of simple melodies, and on “Cold Blooded Music”, there is the maelstrom-style effect of dynamic loops repeating and colliding. Present in all tracks is Berlglund’s distinctive bass playing, which combines the typically full and warm sound with the equally significant use of many electronic effects.

Typically from a musician like Berglund, his new project also takes unexpected musical twists and turns, which is to be expected from the assembled players. As with e.s.t., Tonbruket’s musicians have very different backgrounds and unite to form an equal whole - all four musicians contributed compositions and everything was jointly arranged and produced.

Berglund had already played with guitarist Johan Lindström during the ‘90s, in Per Texas Johansson. The lap and pedal-steel specialist was a member of Kristofer Äström’s Runaways, too, and played with Swedish singer-songwriter Sophie Zelmani. Pianist and keyboardist Martin Hederos comes more from an alternative rock background, as a member of the band The Soundtrack Of Our Life (also very successful in America), while drummer Andreas Werliin can be heard playing anything from folk to free jazz with the experimental duo Wildbirds & Peacedrums.

Because of this diversity, Tonbruket displays an astonishingly varied range of different sounds; of ambient music and drum n’ bass (“Song For E”), or even of art rock such as in “Sister Sad” or “Monstrous Colossus”, reminiscent of the prog-heavy sounds of Emerson, Lake and Palmer. On “Gi Hop” you can also hear Berglund’s youthful love of hard rock bands such as Deep Purple or Black Sabbath, but more so of his later admiration of pop revolutionaries such as Radiohead and Royksopp. The way the quartet finds a convincing way of bringing together all these elements is true genius - particularly in the dominance of string sounds of all kinds, from classic acoustic to electronically alienated - something which gives this band its truly distinctive sound.

Tonbruket is not just a new beginning for Dan Berglund, who appears here for the first time as a composer of compelling songs and melodies, a leader as opposed to a sideman. There is more at work here than just a fresh and wonderfully talented group - Tonbruket carry the torch of e.s.t., but aren’t afraid to follow its light down a whole new path