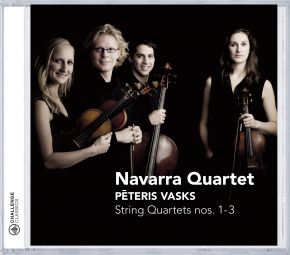 "His music is the product of a country that for years struggled under the yoke of the Soviet regime.“How can a composer create in such surroundings?” Vasks often wondered. “How does he survive in such a chronically dire situation?” His answer seems simple: “By suffering in sympathy with the suffering of the entire world. For me, this is the only solution. Suffering is not a game or a fantasy to me. I sit in the midst of it; my family sits in the midst of it; my people. I feel the heartbeat of suffering. That is for me the source of our power.” And the source of his music, as well, for in his scores, Vasks is a somber pessimist with a glowing edge of never-flagging hope. He agitates in his work against the situation in his country. “When I think about modern life, it is impossible to not realize that we are balancing on the edge of the end of time.” They are heavy themes that motivate Vasks’ music – in his string quartets, too. In his first three string quartets – he has written five – the transformation is clearly perceptible from the direct sources of his inspiration to an abstraction of his worry and suffering.

In every movement of the First String Quartet, written in 1977 and revised in 1997, sings the formerly gagged voice of an oppressed Latvian.

The Second String Quartet, from 1984, bears the title Vasaras dziedajumi (Summer Tunes) and is a reflection of Vasks’ love for nature, especially birds.

In his Third String Quartet, from 1995, Vasks not only transformed his string quartet writing to a coherent style that reserves an important role for the harmonic overtone series, he also attained a level of abstraction that presents suffering, nature and birds, but in a highly stylized form.

Although this Third Quartet is more abstract, the most important symbols of Vasks’ work still figure prominently: the aleatoric passages representing chaos, the birdsong (birds represent ultimate freedom for Vasks), the folk music that underscores a Latvian identity, and the lovely cantilenas that represent both a soothing somberness and consoling hope. “I see it as my duty to bring light into the lives of my people, a people who have suffered so much and despite their regained independence are still far removed from actual freedom.” - (parts of the linernotes with this cd by Paul Janssen )

We have mailed you personally

I am producing a CD that requires a music background. Please contact me with an email and telephone so that I can contact you,
especially, Peteris Vasks 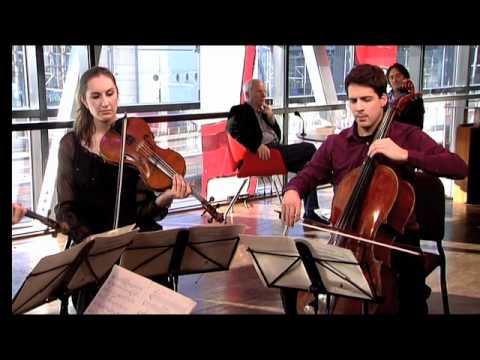