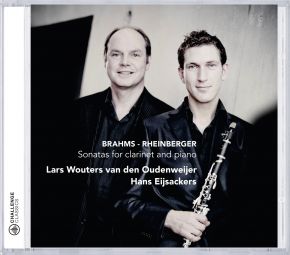 In 1891, in the autumn of his life, although Brahms was only 58 at the time, he met Richard Mühlfeld. (1856-1907), who had served as a violinist in the renowned Court Orchestra of Meiningen (which Brahms had once directed) and had changed to the clarinet a few years later. His playing the clarinet had deeply moved Brahms; and even so much that the composer, being under Mühlfeld’s magic spell, spent hours listening to him. Clara Schumann described his playing as warm, delicate and unaffected, with perfect skill and full command of his instrument. Consequently, it did not take Brahms much time to get familiar with all its technical ins and outs as well as its playing capabilities. Mühlfeld favoured a prominent vibrato and a rather gregarious performance, both perhaps the remnants of his previous career as an extrovert violinist. Mühlfeld inspired and motivated Brahms so persuasively that the final outcome was as inevitable as it was rewarding: the Clarinet Trio op. 114, the Clarinet Quintet op. 115 and, finally, the two clarinet sonatas, in E flat and F minor, op. 120. Mühlfeld and Brahms premiered both sonatas in 1895 and performed them often together. Mühlfeld and Brahms premiered both sonatas in 1895 and performed them often together. Brahms valued their relationship so much that he granted Mühlfeld not only all fees from their joint performances, but also yielded him all income from the performance-rights as long as Mühlfeld would live. Last but not least, Brahms donated him the manuscripts of these works after they had been published: ‘To Richard Mühlfeld, the master of this beautiful instrument, in sincere and grateful remembrance’. (From the linernotes of this CD, written by Aart van der Wal)

Another true. modern, master of this beautiful instrument is of course the Dutch Lars Wouters van den Oudenweijer, a clarinet player who understands the depths of the instrument to the fullest. He brings back the warmth and delicacy of these beautiful compositions, a last statement of Brahms' genius. Besides the two Brahms sonates there is also a sonate of Josef Gabriel Rheinberger who is mainly known by his organ compositions but as a composer he was much more than that. 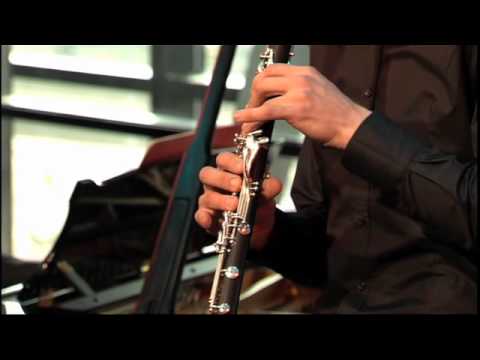