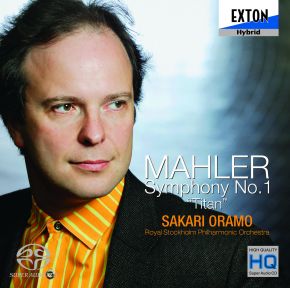 “Mahler was in control of losing control; the control of chaos and extremities” says Oramo about Mahler.

Early in his conducting career, Oramo remembers that he was comfortable with Mahler's First Symphony and the songs but he was not completely at ease with all of Mahler at that time. When he lived in Birmingham he came accquainted with the Fourth and Fifth Symphony and others later on. It  was like a foreign language to him and Finnish people, is was like of another world. That made the process go somewhat slower, but nowadays he has adapted the vocabulary fully.

Mahler once said (to Sibelius) that "a symphony has to contain the whole world, not just one slice of it", and this aspect Oramo finds very important: to work not on one level but on all the levels (of emotionas, textures etc.)

Mahler wanted to touch and wake up people and lay out his deepest inside, his soul to the whole world. He was something of an exhibisionist and of a priest but not a religious one. A priest of a modern lifestyle"- Oramo