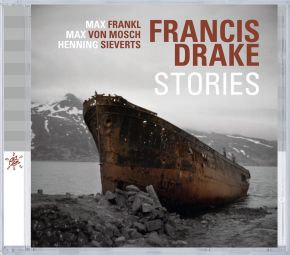 Francis Drake was a colorful figure of the 16th century. He was a sailor from his young days, soon became a buccaneer and then an admiral in the Royal English Navy, who set the foundation for England's rise to become a naval power with victories against the Spanish armada. In the meantime, he was also involved in plundering and sailed around the world. The trio named itself after this legendary Francis Drake for a good reason. Their music is an adventurous journey across the continents of sounds, rhythms, melodies and tones. They stop time and again, carry off new material and integrate it into what they already have. No borders hinder them, and no authority can stop them. They navigate with the map of jazz as orientation, but they are always open to course corrections. Engaging melody lines of the guitar or saxophone, solid bass foundation and the cleanest grooves. You don't miss percussion at any time; to the contrary, it would only interfere with these refined and self-driving structures. Only one overwhelming impression remains at the end of the journey through 11 pieces: this is how beautiful the (music) world can be!