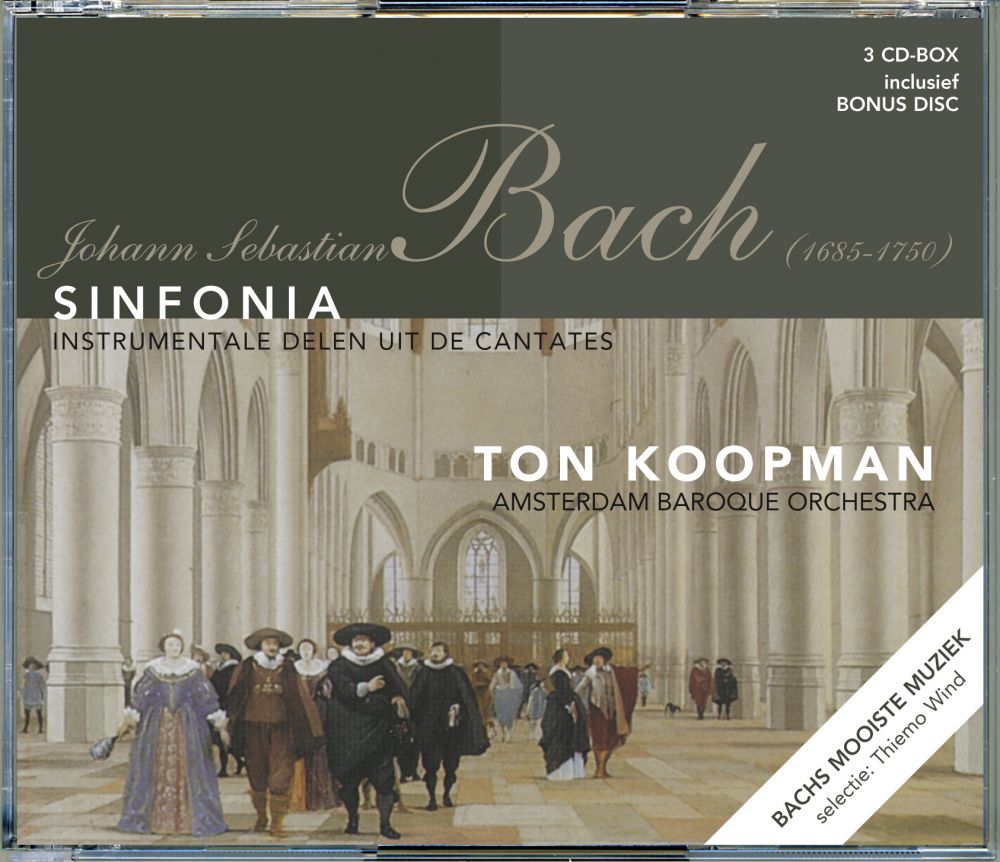 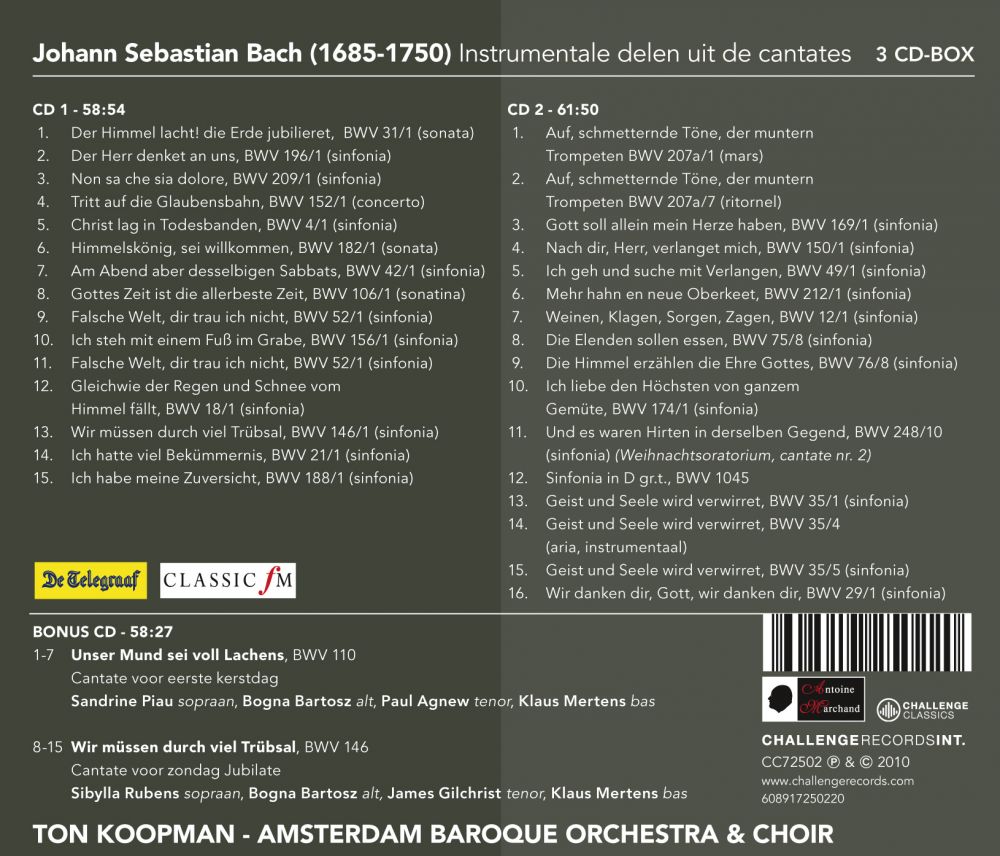 Bach composed in Leipzig the biggest part of his cantatas. A cantata is a composition in several parts for one or more voices and instruments, where arias, recitatives and chorusses alternate. Often these were preceded by an instrumental introduction, a sinfonia. In Bach's earliest cantatas these were also called concerto, sonata or sonatina. These instrumental works are collected on this album.

Nach dir, Herr, verlanget mich BWV 150 is probably the oldest cantata by Bach that has survived. The piece is perhaps from the period 1703–1707, when Bach was organist at the Neue Kirche of Arnstadt.

Bach composed the easter cantata Christ lag in Todesbanden BWV 4 presumably in 1707, as an application. Bach namely wanted to be organist of the Blasiuskirche in Mühlhausen and on Easter Sunday he did audition for this position. Bach would work as organist in Mühlhausen for two years. Here he probaly created Gottes Zeit ist die allerbeste Zeit BWV 106, also called Actus tragicus. It is a funeral cantata, although the exact occasion is not known.

De next stop was Weimar, where Bach worked from 1708 until 1717 as organist and chamber musician at the court. When he was appointed in 1714 as concert master, this meant also the obligation of a monthly performance of a cantate. The first resulting cantata would have been Himmelskönig, sei willkommen BWV 182. In the months thereafter he composed Weinen, Klagen, Sorgen, Zagen BWV 12 and Ich hatte viel Bekümmernis BWV 21. At the penultimate day of this year Tritt auf die Glaubensbahn BWV 152 sounded. In Weimar arose also the easter cantata Der Himmel lacht! die Erde jubilieret BWV 31 and Gleichwie der Regen und Schnee vom Himmel fällt BWV 18. When Bach performed the last mentioned cantata again as Thomas-cantor he added two flutes to the strings lineup.

Before he was appointed as Thomas-cantor Bach had done a public exam with two cantatas, which he performed on the first Sunday of Februari 1723 in the Thomaskirche. At the 30th of May, a week after his definite arrival, his appointment was celebrated with the cantata Die Elenden sollen essen BWV 75.

Bach divided his work over the two main churches of Leipzig. When he presented Die Himmel erzählen die Ehre Gottes BWV 76 it sounded in the Thomaskirche. The sinfonia of Am Abend desselbigen Sabbats BWV 42 is one of his most overwhelming cantatas and was performed on the 8th of April 1725.

The sinfonia from Gott soll allein mein Herze haben BWV 169 was also used as the first movement of the Harpsichord Concerto in E major BWV 1053. The last movement of this concerto was used as introduction of Ich geh und suche mit Verlangen BWV 49. In this way Bach recycled his own material sometimes.

In Geist und Seele wird verwirret BWV 35, which was performed on the 8th of September 1726, he even implemented a complete solo concerto in one cantata.

The sinfonia from Wir müssen durch viel Trübsal BWV 146 is also known as the introduction movement of the Harpsichord Concerto in d minor BWV 1052. The third movement of this concerto formed the beginning of Ich habe meine Zuversicht BWV 188. Ich steh mit einem Fuß im Grabe BWV 156 originated from the Harpsichord Concerto in f minor BWV 1056. One of the most special examples of recycling is the sinfonia of Wir danken dir, Gott, wir danken dir BWV 29 with a big lineup of solo organ, trumpets, oboes, timpani and strings. The origin of this work lies in a work which Bach composed for the smallest lineup thinkable: the prelude from the Partita in E BWV 1006 for violin solo.

The backgrounds of Sinfonia in D BWV 1045 are unknown. In the original manuscript one can see that this work was meant as introduction to a cantata, but the other movements have disappeared. So now it lives on as an independent instrumental composition.

To the cantatas by Bach one can also count the Weihnachtsoratorium BWV 248. Of the six cantatas only the second starts with a sinfonia. It's a pastorale, shepherds music, in 12/8 time signature. Bach composed next to the church cantatas several secular cantatas, like Non sa che sia dolore BWV 209, with a solo role for the flute. Auf, schmetternde Töne, der muntern Trompeten BWV 207a is an anniversary cantata for August, the prince-elector (Kurfürst) of Saxony. The cantata has also a march that perhaps was performed during a festive parade and a ritornel that originates from the First Brandenburg Concerto. Bach arranged the third movement from this concerto as introduction choir of the cantata.

The farmers cantata Mehr hahn en neue Oberkeet BWV 212 has a very outspoken folk atmosphere. This already begins with the overture, where one can discern seven short movements. The cantata was tribute music for Carl Heinrich von Dieskau, descendant of an old noble family.

The bonus cd has two complete cantatas: Unser Mund sei voll Lachens BWV 110 and Wir müssen durch viel Trübsal BWV 146. Both works demonstrate how close in structure vocal and instrumental music could be for Bach. He derived the sparkling introduction chorus of the first mentioned cantata from the overture of his Orchestral Suite in D major BWV 1069.

Amsterdam Baroque Orchestra & Choir
Ton Koopman founded the Amsterdam Baroque Orchestra in 1979. The group consists of internationally renowned baroque specialists who meet up several times a year and work together to prepare and perform new exciting programmes. For the musicians each concert is a new experience and Koopman's boundless energy and enthusiasm are a sure guarantee of the highest quality of every single performance. The repertoire of the orchestra includes instrumental and vocal-instrumental works composed between 1600 and 1791. “I draw the line at Mozart’s death” says Ton Koopman.

The Amsterdam Baroque Choir was founded in 1992 and it made its début during the Holland Festival of Early Music in Utrecht performing the world première of the Requiem (for 15 voices) and Vespers (for 32 voices) by H.I.F.Biber. The recording of both of these works won the Cannes Classical Award for the best performance of 17th/18th century choral music. For its rare combination of textural clarity and interpretative flexibility, the Amsterdam Baroque Choir is considered among today’s most outstanding choirs.
In 1994 Ton Koopman and the Amsterdam Baroque Orchestra & Choir embarked upon the most ambitious recording project of the last decades: the integral recording of Bach’s secular and sacred cantatas, performed with the very latest musicological research. For this extraordinary project Ton Koopman and the Amsterdam Baroque Orchestra & Choir received the Deutsche Schallplattenpreis Echo Klassik, an award for the excellent recording of the cantatas. Next to the CD recordings 3 books have been edited and published by Christoph Wolff and Ton Koopman and the Dutch
TV has broadcast a series of six documentaries.

The Amsterdam Baroque Orchestra has produced for various labels recordings of all major baroque and classical works. Among many others the orchestra has received the Gramophone Award, Diapason d'Or, 10-Repertoire, Stern des Monats-Fono Forum, the Prix Hector Berlioz and two Edison Awards. In March 2003 Ton Koopman has founded “Antoine Marchand”, a new sub-label of Challenge Classics, which has taken over the release of all his new recordings. “Antoine Marchand” has till now published 22 CD boxes of the Bach Cantatas, a new recording of the St. Matthew Passion (on CD and DVD), a spectacular video recording of the St. Markus Passion of J.S. Bach, live recorded in Milan in March 2000, and the first five volumes of the Buxtehude Opera-Omnia Edition.

Ton Koopman and the ABO & ABC are regular guests at the major concert halls of Europe, the USA and Japan. In the 2007/08 season they will be touring extensively in Europe with appearances among others in Amsterdam, Paris, London, Vienna, Rome, Warsaw, Budapest and Moscow. 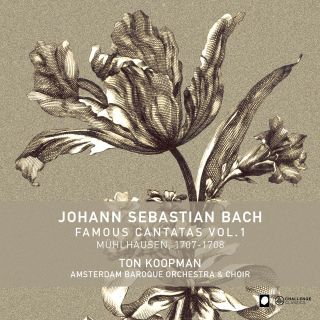 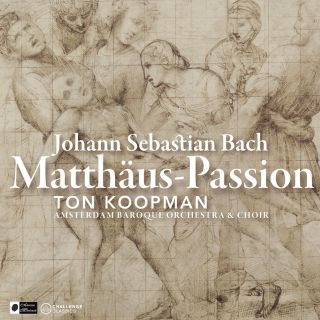 € 19.95buy
The Sunlight on the Garden
Various Artists 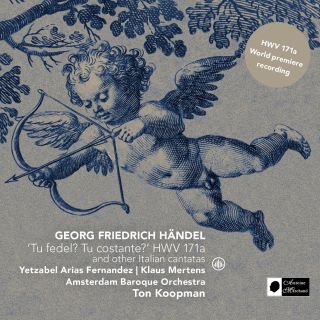 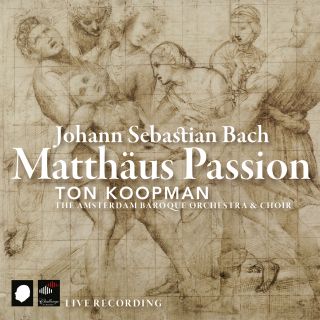 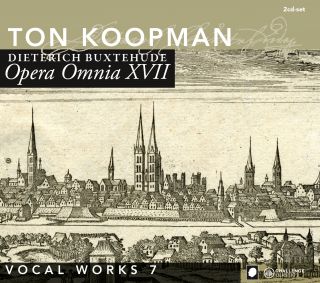 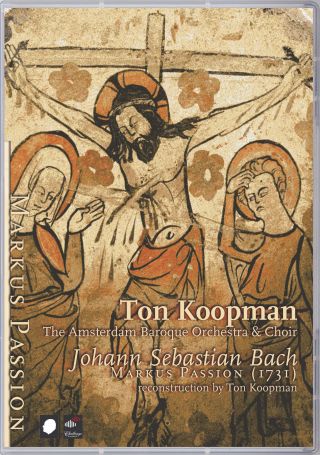