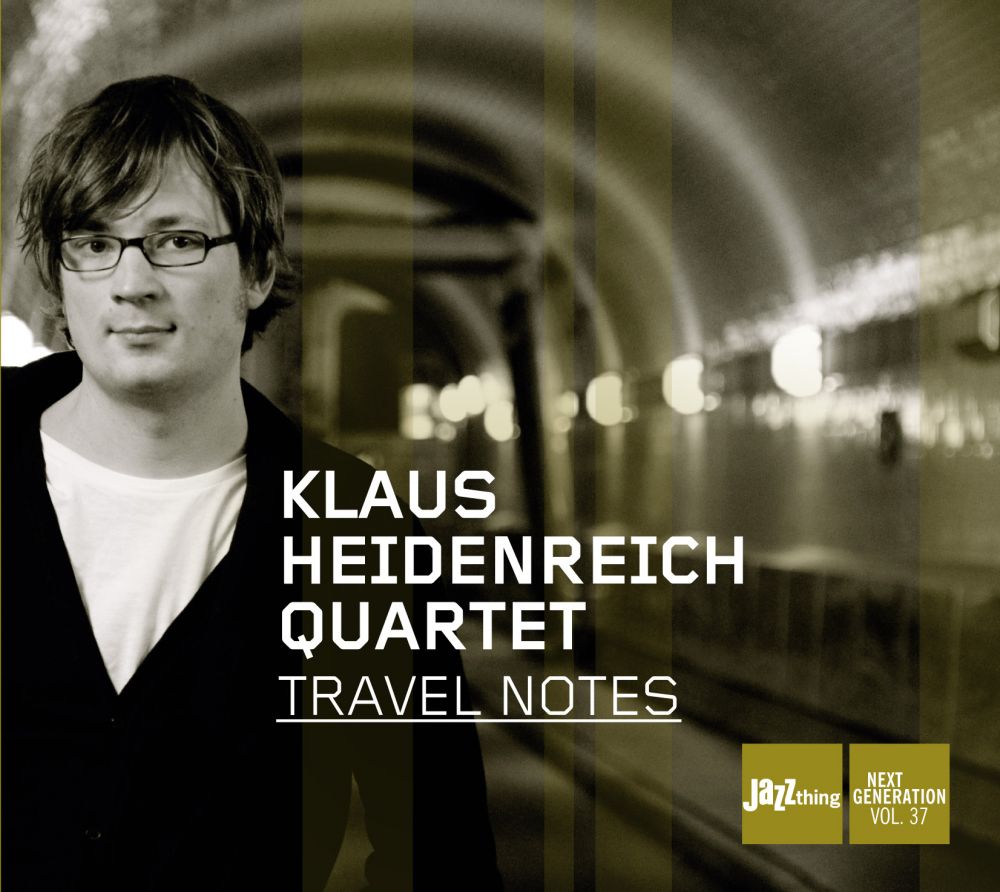 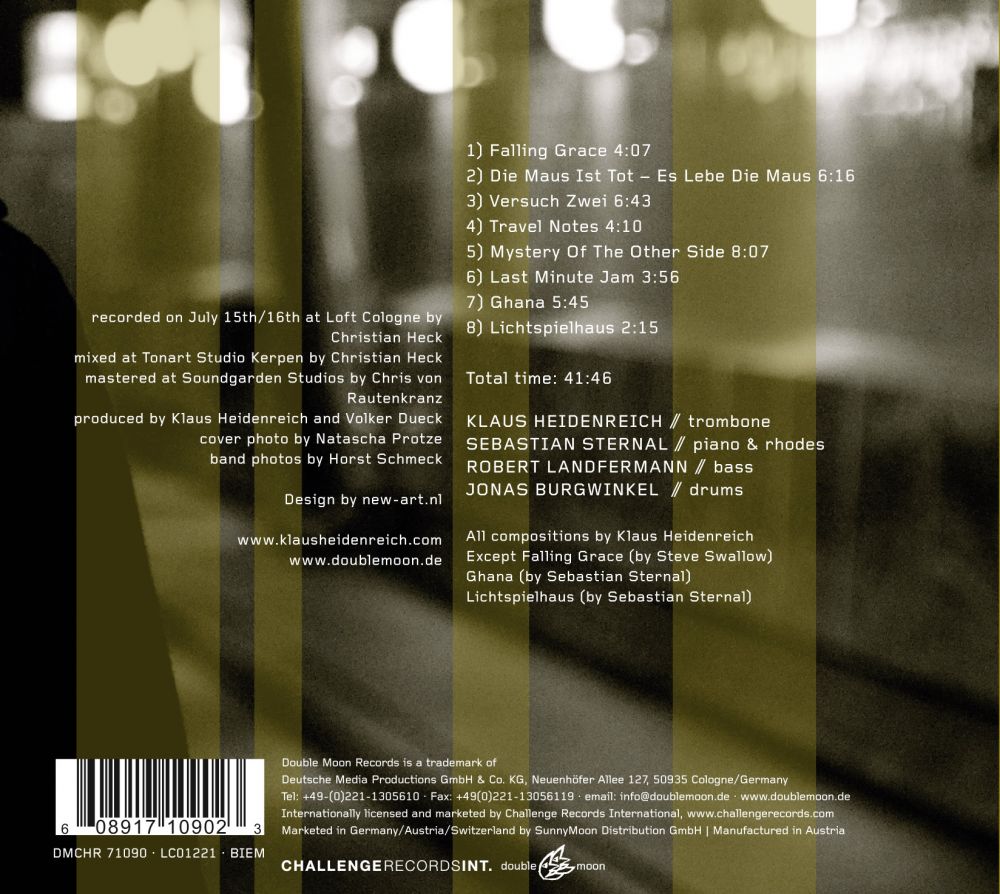 Trombone as main instrument: that only exists in jazz! It was only logical for Klaus Heidenreich to become a jazz musician and a well respected one at that. Among others, his teachers were Nils Wogram and Peter Herbolzheimer, and one of his role models was of course Albert Mangelsdorff. All those named have one thing in common: they have their roots in jazz, but are totally open for the funky to melodic way of playing in pop and fusion. You sense that in this current recording every second; the four young men get to work on "Travel Notes" with relaxed ease. And because they focus on their own compositions, it is that much easier for them to place the sole piece composed by someone else, "Falling Grace" by the bassist and Carla Bley friend Steve Swallow, right at the start of the album. But when Sebastian Sternal switches from piano to Fender Rhodes, the sun even rises. Modern keyboard jazz rooted in the beginning of the 70s has seldom sounded as funky as here (but we are only talking about the tonal quality, because the musical orientation of the quartet mainly stays direct to melodic post-bop). Or modern mainstream. Or futurist retro-swing. Or modern jazz with a foundation in traditional jazz. Pick your own label while you follow Sternal’s micro-quotes from "Salt Peanuts" to "Giant Steps". Or the previously unheard, always exciting melodies of Heidenreich, for which you never know whether it's a solo now or a slight variation on the main motif.
Posaune als Hauptinstrument: das gibt es nur im Jazz! Logisch, dass Klaus Heidenreich ein Jazz-Musiker geworden ist. Und ein angesehener zudem. Trotz der �berraschend vielen Namen bekannter Kollegen hat er sich etabliert und ist so als Mitglied der NDR Big Band im Jahre 2008 mal eben Nachfolger von Nils Landgren geworden. Seine Lehrer waren u.a. Nils Wogram und Peter Herbolzheimer, eins seiner Vorbilder hei�t nat�rlich Albert Mangelsdorff. 'Travel Notes' liefert Spielfreude pur. Auf h�chstem Niveau. Erdverbunden und vollkommen ohne Koketterie.

In spite of the surprisingly numerous known colleagues, Klaus Heidenreich has become established and became the successor to Nils Landgren as member of the NDR Big Band in 2008. In addition to the "leader" (expressed in a better way: primus inter pares) Heidenreich, keyboard player Sebastian Sternal deserves special mention. He is anyhow one of the most skillful among the new, young and wild Germans on the keyboard. However, Heidenreich and Sternal could not perform so entertainingly if they were not supported fittingly by the rhythm group composed of Robert Landfermann on bass and Jonas Burgwinkel on drums. Both have won the WDR prize for improvisation. They play here so inconspicuously as required and as present as possible. If "Travel Notes" were a book, you would have to read between the lines for the contributions of these two – and have fun doing it.