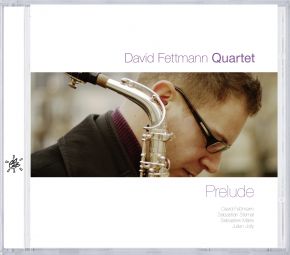 David Fettmann's debut album as band leader showcases the multifaceted skill of this musician. The album, comprised principally of original compositions takes us into a world void of artifice, one of pure lyricism where "pop" songs intertwine saemlessly alongside themes influenced by contemporary jazz. It was only natural that he be surrounded by his three friends and musicians Sebastian Sternal, Sebastien Maire, and Julien Jolly to accompany him on this musical adventure.