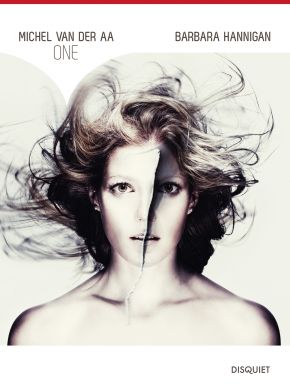 ONE - Chamber opera for soprano and video

One was written in 2002 for the acclaimed soprano Barbara Hannigan, who stars in this recording. Accompanied only by video and an electronic soundtrack, she plays a solitary woman trapped in a cage of real and ‘captured’ time.

Voices of other women are introduced and slowly she becomes entwined in a strange and mysterious ritual. With One, the first of his three operas to date, Michel van der Aa perfected the fusion of music, text and visual images for which he has become internationally renowned.

One, composed in 2002, was premiered on 12 January 2003 by Barbara Hannigan in the Amsterdam Frascati Theatre. As a result of its successful first tour in the Netherlands, the production has been in great demand abroad and has been performed to critical and audience acclaim in eleven countries, at festivals including the Berliner Festspiele, Paris Festival de L’automne,Oslo Ultima Festival, Warsaw Autumn, and the Venice Biennale.

The work has become a contemporary classic, winning the composer the Netherlands’ Mathijs Vermuelen Prize in 2004.

The elaborate and high standard website about classical music www.opusklassiek.nl has recently published two interviews with Challenge (related) artists: Navarra Quartet and composer Michel van der Aa both written by connaisseur Aart van der Wal.A quote from the interview with the Navarra Quartet:"No wonder really that on their latest CD (Challenge Classics CC72365) the Navarra Quartet play the three string quartets by the Latvian composer Peteris Vasks (b. 1946) with ...