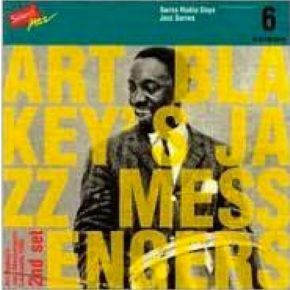 The 1960 version of Art Blakey's Jazz Messengers (which consisted of the drummer/leader, trumpeter Lee Morgan, tenor saxophonist Wayne Shorter, pianist Bobby Timmons, and bassist Jymie Meritt) was very well documented. This 1996 CD releases for the first time music from the second half of a Geneva concert by the band. One can argue that these performances of "It's Only a Paper Moon," "'Round Midnight," Wayne Shorter's "The Summit," "A Night In Tunisia" and Timmons' "This Here" do not add that much to the Messengers' vast legacy, but the music is really too good for hard bop fans (even those with many other versions) to pass up.