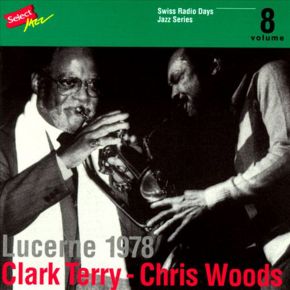 Released for the first time on a 1997 CD, this concert performance from Switzerland finds flugelhornist Clark Terry in prime form. Heading a quintet that includes altoist Chris Woods (who also plays a little flute), pianist Horace Parlan, bassist Victor Sproles and drummer Bobby Durham, C.T. sounds quite exuberant on such numbers as "The Hymn," "Straight No Chaser" and "On the Trail." Terry and Woods' wild scatting (including a hilarious trade-off) on "Lemon Drop" is most memorable. Everything works during this superb concert, which also includes a Terry vocal on "I Want a Little Girl," a boppish rearrangement of "Over the Rainbow" and lots of strong soloing from C.T., Woods and Parlan. Highly recommended.