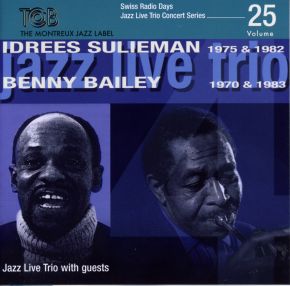 This Swiss Radio Days compilation features two American trumpet players, Idrees Sulieman and Benny Bailey, recorded in the years 1970/5 and 1982/3 at the radio studio in Zurich.