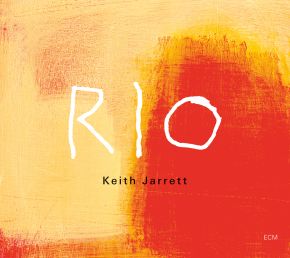 “Rio” documents the entire spontaneous concert at the Theatro Municipal, Rio de Janeiro on April 11, 2011. The music that emerges, on this instance, has an intensely lyrical core, reflected in the fifteen short pieces that make up the concert. There is an intimate quality, too, which draws the listener toward it, from the first moments. Jarrett feels the concert was one of his best: “jazzy, serious, sweet, playful, warm, economical, energetic, passionate, and connected with the Brazilian culture in a unique way. The sound in the hall was excellent and so was the enthusiastic audience.”

The Rio concert was the second show in a short South American tour which also included performances in Sao Paolo and Buenos Aires. Jarrett has always rationed his solo appearances; there have been just seven so far in 2011. Next up for the gifted pianist is a round of concerts with the long-running trio with Gary Peacock and Jack DeJohnette, including US dates at Chicago’s symphony Hall on October 21, UCLA Royce Hall on October 26, Zellerbach Hall, Berkeley, on October 29, and the Earshot Jazz Festival, Seattle on November 1. The trio will release a new album, entitled “Somewhere”, in 2012.