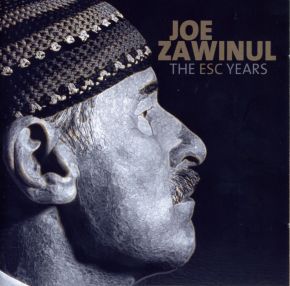 Joe Zawinul was a fantastic composer, musical visionary who pioneered the use of electric piano/synthesizers in modern music. He composed the soul jazz hit Mercy Mercy Mercy for Cannonball Adderly. In a Silent Way (1969) and Pharaoh's Dance for the seminal album Bitches Brew (1970) for Miles Davis and formed the Jazz Rock Fusion Band Weather Report with saxophonist/composer Wayne Shorter in 1970. After the demise of WR he formed his own world fusion band called The Zawiful Syndicate in 1988 and recorded three albums.

Joe was a true innovator of modern music in the late 20th and 21st century, like Miles Davis, he had that mystic mojo, always sensing the cutting edge, incredible sensibility for the future sonics, a true master of sound.