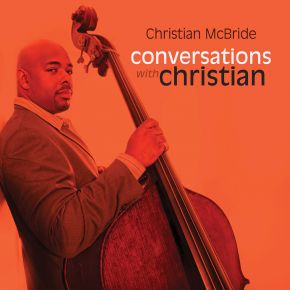 In a stellar career that continues to showcase his remarkable talents as a consummate musician, bassist Christian McBride reaches another milestone with the release of The Good Feeling, his first big band recording as a leader and newest release for Mack Avenue Records. For over 20 years, McBride has appeared in numerous musical settings with just about any musician imaginable in the jazz as well as R&B and pop worlds. From playing with the likes of Milt Jackson, Roy Haynes, Chick Corea, Herbie Hancock and Pat Metheny; to playing with and/or arranging for the likes of Isaac Hayes, Chaka Khan, Lalah Hathaway, Sting and the legendary James Brown—what has always been unique about McBride is his versatility. In addition to his work in the neo-soul arena with The Roots, D’Angelo, Queen Latifah and others, the Philadelphia native has also led his own ensembles: The Christian McBride Band, A Christian McBride Situation and his most recent group, Inside Straight (fresh off their critically acclaimed 2009 effort, Kind of Brown). There are many sides to the musical persona of Christian McBride, and The Good Feeling has him realizing another one: as the leader, arranger and conductor of his big band.