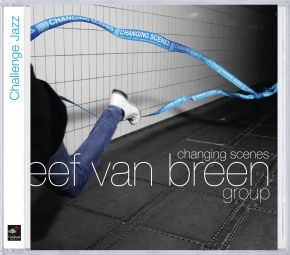 Sometimes in the creative process, things just seem to come together; be it a musical idea, a fantasy, daily life, a dream or even current affairs.

The idea of Changing Scenes and the use of sounds from all around us reproduced by a foly artist, was born during the recordings of the documentary PLAYING NEW YORK, in which the Eef van Breen Group sings a drawn-out melody in the streets of New York. In his hotel, van Breen listened again to an audio fragment of a group of Mexican percussionists he had met along the way on the subway. Percussion and the subway rumble momentarily merge in a most wonderful way and an added layer is created when it is no longer clear what is orchestrated or accidental. As soon as the subway is gone, it is the people that are passed by. Fleeting. It is no longer about the music. The musicians are unaware; they have become part of larger whole.

Eef van Breen uses these extra layers in his compositions for CHANGING SCENES, most of them part of different multi-discipline projects; a documentary, a dance performance, a theatre play and a movie without image. Van Breen about his album: “I am not so much looking to wrong-foot the audience as much as surprise them with Changing Scenes, give them an experience that is more than simply auditory. As if they are film stars. Recalling images. I want to take it a step beyond, by embracing reality; the world we all live in. Not just the dreamy-eyed bits. Also the frustration, melancholy, energy and aggression. All aspects of man. That is done by changing scenes.” 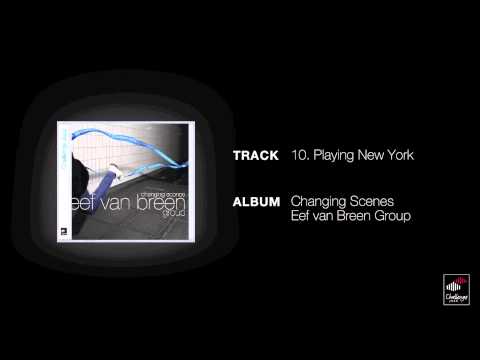 Eef van Breen (artist)More information
23-07-2012 Jazzism
"Most notable are the elaborate orchestration, with strings, glockenspiel, ukulele and harp. An unusual album."
01-06-2012 Jazzmozaiek
"With a colorful set of instruments including glockenspiel, harp, melodica and ukulele, outlines this company outlines a fragile and magical realistic dream world"
01-01-1970 Vrij Nederland
""You've got jazz, you've got improvised music, and so Eef van Breen"