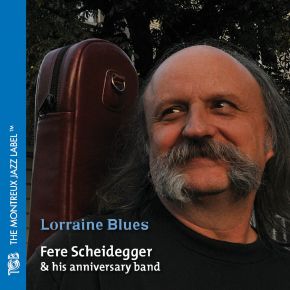 Swiss guitarist Fere Scheidegger was celebrating a 'round' anniversary in 2011. He invited various guests for different performances in Switzerland. Fere took this 'anniversary band' to the studio and made a very nice recording which is now released.
Music by Sidney Bechet, Nino rota, Astor Piazzolla, Duke Ellington and George Gershwin, nicely arranged and played with a lot of swing is what you hear on this new CD.