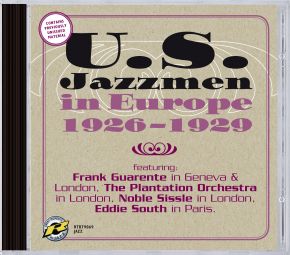 Pressure from the Ministry of Labour and The Musicians’ Union ban on visiting American musicians and bands unless appearing in a variety show saw a huge reduction of American musicians in London, and similar, but not so severe, pressures from French unions and government departments, coupled with the rise of Fascism in Italy and Hitler’s rise to power in Germany, meant that the Golden Age of American jazz musicians working throughout Europe had passed by the onset of the 1930s. Luckily, many records survive to attest to the great, happy music that they played.