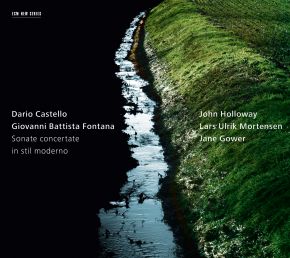 In his new recording violinist John Holloway has selected a number of sonatas from this collection to couple with similar works by Fontana, some originally for violin as well as some conceived for other string or wind instruments. Along with solo violin sonatas, Holloway has chosen six of these sonatas for violin and basso continuo that can be regarded as precursors of the later trio sonata or even as early examples of that genre. They also serve as proof that there is still undiscovered territory on the early music map.